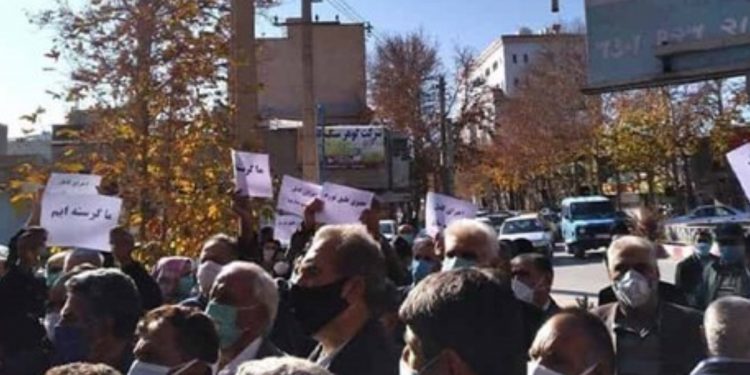 In Tehran, the protesters gathered outside the parliament holding signs that read “livelihood is our inalienable right” and “we are hungry” demanding that the government address their economic woes.

Hundreds of Iranian contract teachers also gathered today outside the parliament to protest the ambiguities of their employment status.

They want their employment status to be clarified and their contracts to be standardized.

According to these teachers, their colleagues receive only 300 thousands tomans a month in some provinces and have a 10-day insurance plan. This is while their working hours are no different from formal teachers.

Municipal workers and employees in the central province of Isfahan and Ilam, in southwestern Iran, also gathered today to protest their employment status.