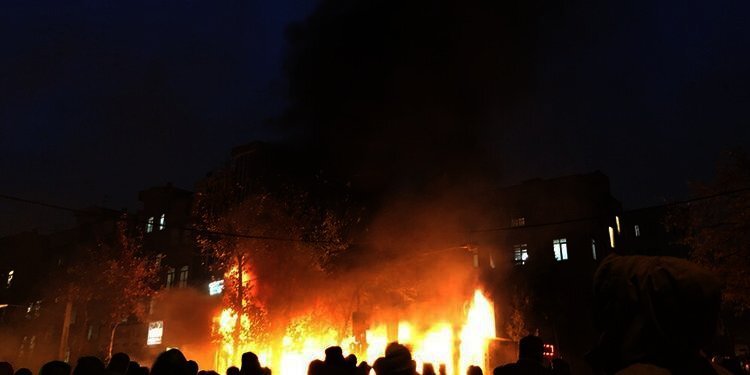 There have been major nationwide Iran protests around every decade in the country, each one more radicalized than the last.

The Iranian regime has always had enemies from among the people due to its theocratic nature. As a result, during the 1980’s, known as the dark era in terms of the brutal, blatant, suppression of dissent, at least 30,000 political opponents of the clerical regime were executed in prisons across Iran.

The regime never announced the number of executed political prisoners.

Eleven years later, in 1999, a Tehran University student uprising was violently suppressed by security forces. More than four students were killed while hundreds were injured. In the aftermath of these incidents, more than seventy students disappeared. The “whereabouts and condition” of five students named by Human Rights Watch who are believed to be detained by Iranian authorities remain unknown.

Ten years later in 2009, major nationwide protests erupted in Iran against election fraud but quickly turned against the regime in its entirety with chants against the “dictator” and Ali Khamenei, the regime’s Supreme Leader. Protesters clashed with security forces and torched police cars and a number of Bassij bases. Reports indicate that around 70 protesters were shot on the streets or were killed under torture in prison. There were also numerous reports of rape and sexual abuse of both men and women in prison.

The next major nationwide protest broke out in 2018 against high prices. This time, the “downtrodden”, considered by the regime to be its base, took to the streets in more than 140 cities and lashed out against the regime’s corrupt policies and the pillaging of Iran’s national wealth.

It was during these protests that Tehran University students signaled that Iranians no longer believed that the regime could be reformed and chanted, “Reformists, conservatives, the game is over.”

Demonstrators also chanted “death to dictator”, “death to Khamenei” and “Khamenei shame on you, let go of your rule”.

At least 58 protesters were killed on the streets by security forces while 13 were killed in prison.

Now, around one year later, nationwide protests have started again. Many believe that these protests are actually an extension to the 2018 protests since they were started by impoverished Iranians.

Everything about Iran’s November nationwide protests, which spread to 189 cities, is unprecedented. From the dozens security institutions and hundreds of banks torched by protesters in only five days, to the regime’s brutal response. More than 1,000 unarmed protesters, many of them bystanders including at least 19 children, were shot and killed on the streets. At least 4,000 were wounded and 12,000 were detained, some of them with injuries. There are also reports of an increasing number of deaths under torture in prison.

And as usual, Iranian officials are deliberately hiding the number of deaths.

On December 2, Iran’s Attorney-General, Montazeri said that “fortunately, people living outside Iran don’t have access to the information and the number” of those killed & arrested in the nationwide protests.

Another unprecedented factor during the November nationwide protests was the week long internet blackout imposed by the regime to hide the extent of the brutal crackdown and to prevent protesters from organizing through messaging apps.

On November 22, a top cleric and senior member of the Assembly of Experts thanked the regime for the internet shut down.

“One of the commendable tactics in this incident was shutting down the internet and foreign networks,” Ahmad Khatami said calling for the state to strengthen local messengers and Iran’s intranet.

“If we are going to reopen foreign networks, they should not be completely opened because they teach the people sedition and crime,” Khatami said.

What the future holds

While the regime is busy celebrating and boasting about how it wasn’t overthrown during the protests, Iranians are venting out their anger in smaller protests and social medial platforms.

On December 7, Iran’s national Student Day, students in more than 10 universities across Iran gathered to condemn the regime’s brutality calling for resistance and unity.

They vowed to continue protesting against the regime and chanted, “My martyred brother, I will continue your path”.

Twitter, Instagram and other social media platforms, are awash with angry messages and posts against the regime with some Iranians saying that next time, they will take up arms.

Contrary to what dictators believe, slaughtering opponents is not a long term strategy to prevent an imminent downfall. It’s actually quite the opposite. By killing more than a thousand in the span of a few days, they have effectively radicalized the whole society. Iranian millenniums did not witness the 1988 massacre of political prisoners, but they did witness the 2019 slaughter of unarmed protesters. And they will have their vengeance.

Though it’s not clear when exactly the next round of nationwide Iran protests will erupt, what is very clear is that Iran is a powder keg waiting to explode. And this time, the explosion will take down the regime. 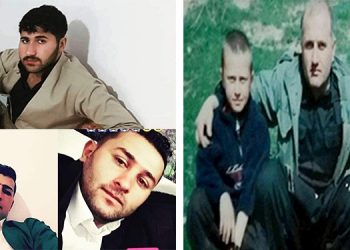 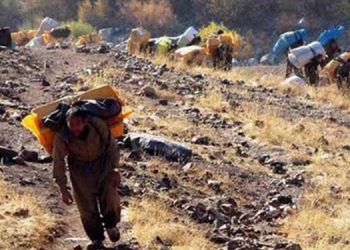 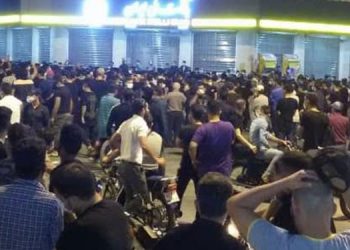