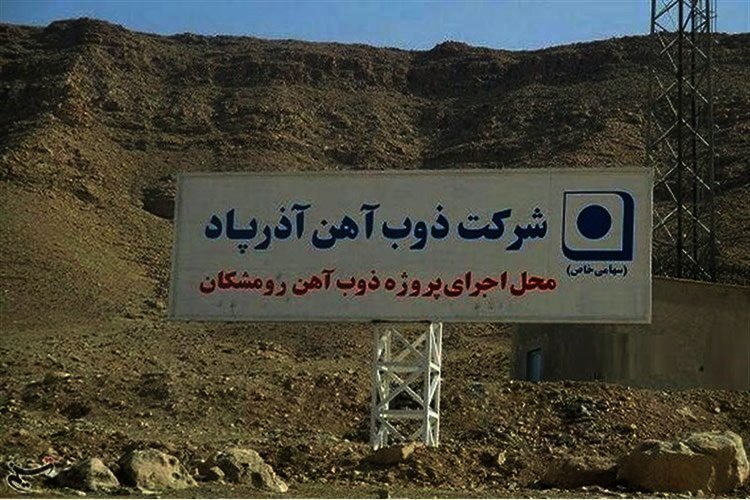 A government project to build a steel factory in Rumeshkan in the western province of Lorestan was officially shut down less than three years after its launch in 2015.

The project was initiated with promises of jobs as a solution to the high unemployment rate in the towns of Kohdasht and Rumeshkan.

Yesterday, Tasnim state-run News agency wrote a story on the history and closure of the steel factory project.

“According to Mohammad Kiani, the CEO of the Rumeshkan Steel Factory, the project was initiated with an investment of over 1,200 billion tomans and with promises of creating 800 direct job opportunities and more than a few thousand indirect jobs in the county,” the news agency which is affiliated with the Revolutionary Guards Corps wrote.

Ten months after the start of the project, the government got as far as flattening the ground the factory was set to be built on.

“This was despite the fact that the former Lorestan Governor said in the Rumeshkan Steel Factory’s inauguration ceremony that the county had oil and gas fields in the area of Rumeshkan, Poldokhtar and Kohdasht and that 18 oilfields had been studied,” Tasnim wrote.

Environmentalists reacted to news of the inauguration of the project from the very beginning arguing that a steel factory was one of the neediest industries to water and that building a steel factory in a county that faced severe water shortages was at best a very bad idea.

The environment experts also said that Rumeshkan was not near an iron-ore mine and that there was no market for its products in the area.

Now, in the fall of 2018, following the fluctuations of the project to construct the Rumeshkan Steel Factory, the head of the Lorestan Industry, Mine and Business Organization announced the complete closure of the project saying that its investor did not have the expertise needed for such an industry and that they had revoked his license.

“The investor was introduced to the National Development Fund for a loan and we felt that he was only looking to take advantage of the license”,Mohammadreza Safi Khani said adding that there was an arrest warrant issued for the person in question.

Safi Khani believes that the plan for the Rumeshkan Steel Factory did not have any economic backing nor was the location suitable for such an industry.

This is while in the summer of 2016, the CEO of the company had made comments about how suitable the location of the steel factory was and how they could export its products to neighboring countries including Iraq.

It is not clear why officials reached the conclusion of shutting down the project after three years despite the plan being dubious from the very start.