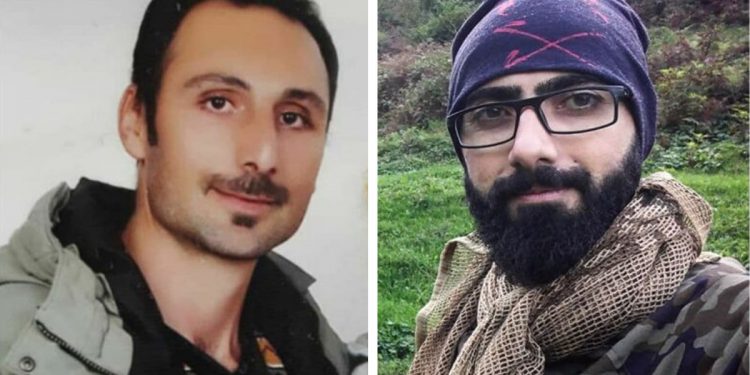 Two protesters in Ardabil, northwestern Iran were sentenced to four months of prison and 40 lashes each by a court in Ardabil. According to the Human Rights News Agency, the two men were identified as Maysam Jolani and Ali Khairju. Their trial, presided over by Judge Sajjad Habibi, was held on December 1, 2020. They were both charged with “participation in disrupting public order”.

Maysam Jolani and Ali Khairju were detained on October 1, 2020 in their homes, after taking part in a gathering in Ardabil’s Jiral Park. According to the report, security agents without badges scaled their home walls and raided their homes. They were also brutally beaten upon arrest.

Khairjoo’s wife, Afsaneh Akbarzadeh was also arrested on October 3, 2020, along with the family members of others in the gathering. She was released the next day.

They were transferred to Ardabil Prison and then taken to the Ardabil Detention Center on October 20, 2020. The two men were temporarily released on bail on October 29, 2020.

Flogging is regularly handed out by the regime to its political opponents including protesters, and dissidents. More than 100 “offenses” are punishable by flogging under Iranian law. The offenses include theft, assault, vandalism, defamation, extramarital relationships and fraud. They also cover acts that should not be criminalized, such as adultery, intimate relationships between unmarried men and women, “breach of public morals” and consensual same-sex sexual relations.