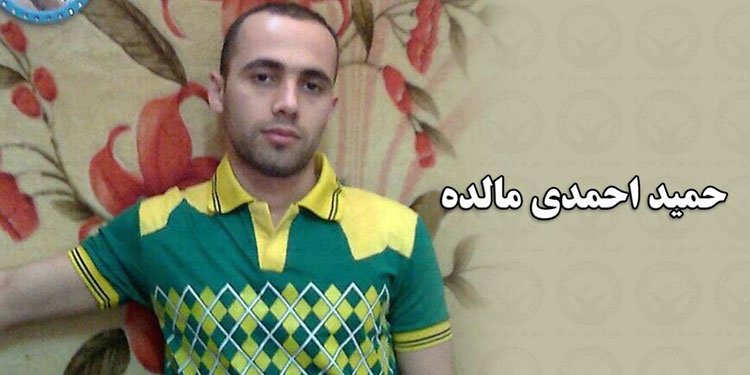 An Iranian minor offender who was convicted of murder at the age of 16 in northern Iran will be hanged in less than a month.

According to the Hamshahri Online state-run website, Hamid Ahmadi Maldeh, who is now 30 years old, has spent the last 14 years of his life in Lakan prison in Rasht. The Iranian minor offender was involved in a deadly street fight as a teenager to defend his friend. If Hamid’s family is unable to provide the blood money, compensation paid to relatives for the death or injury of a family member, he will be executed in less than a month.

The head of an Iranian charity group, We Are the Shared Pain, told Hamshahri that the Iranian minor offender had until August 21 to provide the remainder of the blood money, a whopping 500 million tomans (around $21,368). The Ahmadi Maldeh family are impoverished and cannot provide the rest of the money.

Farkhondeh Jabbarzadegan, the head We Are the Shared Pain charity group, said she tried to save Hamid’s life many times by talking to the victim’s family.

“It has been six years now that we started fighting to save the lives of those sentenced to death. I personally followed Hamid’s case in the past years. The victim’s family would not speak to us for a long time. The victim’s mother would not agree to forego the death sentence but also would not agree to the execution. That is why the case has taken 14 years. Hamid is now 30 years old and has spent the best years of his life in prison and has served his punishment. Now the victim’s family has agreed to a blood money, so we are trying to acquire it.”

Jabbarzadegan also said that the murder was not Hamid’s doing and that he had intervened to save his friend.

According to the activist, his friend and another young man were fighting, and he got involved to defend his friend. His friend took out a knife, but it was Hamid who used the knife.

“Hamid’s friend served seven years in prison, but Hamid was sentenced to death. Hamid’s family are impoverished, and his mother passed away last March. We want to save Hamid from this nightmare,” Jabbarzadegan added.

The report said that the Iranian minor offender had been taken to the gallows three times and was suffering from psychological problems.

According to Jabbarzadegan, Hamid is hopeful for his future and has planned to help others like himself if given another chance at life.

Hamid Ahmadi’s sister told the website that the young man would bid his family farewell every time he was to be taken for execution.

“It was very hard. He would shed tears and tell our mom, you did your best for me, I wasn’t able to live up to it, but surely the gallows are my destiny.”

She said that everyone liked the young man in prison and that he had saved the lives of others like himself by introducing them to charity groups.

Iranian minor offender Hamid Ahmadi was arrested on March 5, 2008, when he was 16 years old, for murder during a street fight.

In 2010, the Gilan Criminal Court sentenced him to death. According to a relative, he was mistreated and tortured by security forces to confess. He has been taken to solitary confinement three times, to await his execution. The first time was in 2013, and the last time was on January 28, 2017.

According to a statement by Amnesty International, he has been taken for execution five times.

“Since his sentencing, he has been scheduled for execution and transferred to solitary confinement at least five times, which has caused him great mental anguish. The last time was in February 2017, when his execution was halted at the last minute due to public pressure,” Amnesty wrote in a January 2018 Urgent Action statement.

Amnesty said that his requests for a retrial were denied despite the unfairness of his original trial.

“The court relied on “confessions” which he repeatedly said were made under torture and while he was held at a police station without access to a lawyer or his family. He says that police officers held him for three days in a filthy, urine-stained cell; tied his hands and feet together and pushed him face down on the cell floor; tied him to a pole in the yard; kicked his genitals; and denied him food and water. One officer told him that he should not fear execution and should just “confess” to the stabbing so that the investigation would be concluded as soon as possible. There is no information or indication that the authorities have investigated his torture allegations.”