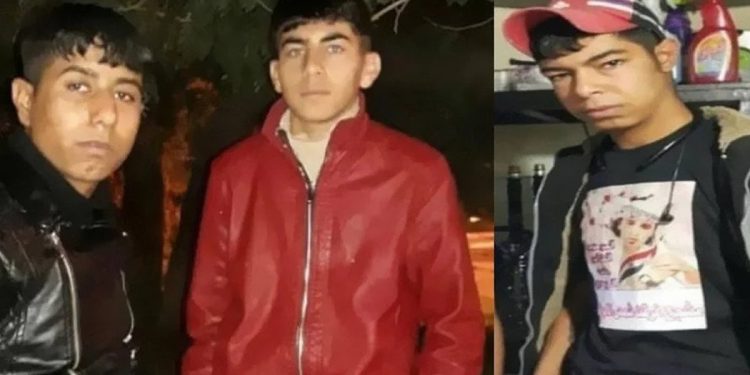 Three protesters detained during the November 2019 nationwide protests were sentenced to a total of 40 years of prison yesterday by the Dezful Revolutionary Court in southwestern Iran. According to the Human Rights News Agency, the three Iranian protesters were identified as 23-year-old Ra’ad Hamedani, 19-year-old Qosei Khosraji, and 20-year old Sajad Debat.

The three political prisoners were brutally beaten and forced to confess under duress after arrest.

The three were arrested in the November 2019 nationwide protests by intelligence agents in Shush county, southwestern Iran. After interrogation, they were transferred to the Masjed Soleiman Prison.

Although the three are political prisoners, they are detained in one section with criminals, to increase pressure on them.

Over a year after the bloody November 2019 protests, many protesters are still detained with heavy prison terms. Two protesters were hanged while at least eight have been sentenced to death.

The Iranian regime has used torture as a form of punishment or to extract “confessions” from prisoners since it took power 41 years ago.