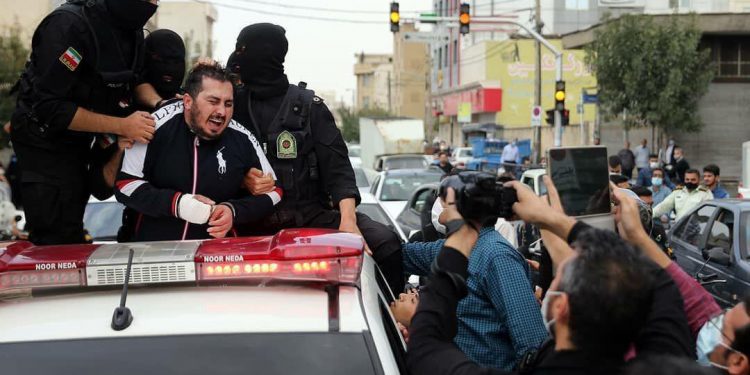 Tehran’s Chief of Police defended the public degradation and beating of detained Iranians on the streets of the capital by the police.

In comments carried by the IRGC affiliated Tasnim News Agency, Hossein Rahimi said that those who criticize the police’s brutal treatment of detained “criminals” wanted to create “a hype” and were “imitating intellectuals”.

“We arrest many criminals every day and will not be bound by the hype and propaganda. Some people want to be in the spotlight, and some imitate intellectuals,” Tehran’s Chief of Police said.

Rahimi stressed that the “people’s security” was the police’s red line.
“The police will deal with those who violate the people’s rights with the utmost severity,” he added.

Tehran’s Chief of Police said that the regime’s Judiciary “had a very good cooperation” with the police.

“God willing, we will not give in to the hype in cases that lead to the disruption of public order and security and will follow our duty diligently,” he added.

Iran’s state media have published videos and reports of the public degradation of locals who were charged with “public thuggish behavior”. The videos were met with severe criticism by Iranians on social media and many people compared the treatment of the detainees with that of ISIS.

The videos showed the men being paraded in police trucks, while masked security forces slap and manhandle them, forcing them to “repent” in public. In the latest video published on October 7, several men are paraded on the streets outside of Aladdin Mall in Tehran. One of them, who is constantly slapped on the head and pushed around by a security agent, uses vulgar words directed at himself to “apologize” for his actions. This was the third such case of public degradation in the past weeks. These “criminals” are paraded in public before they are tried and officially charged and are usually publicly humiliated only days after their arrest. 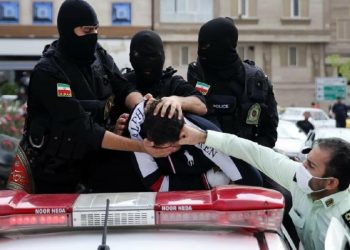