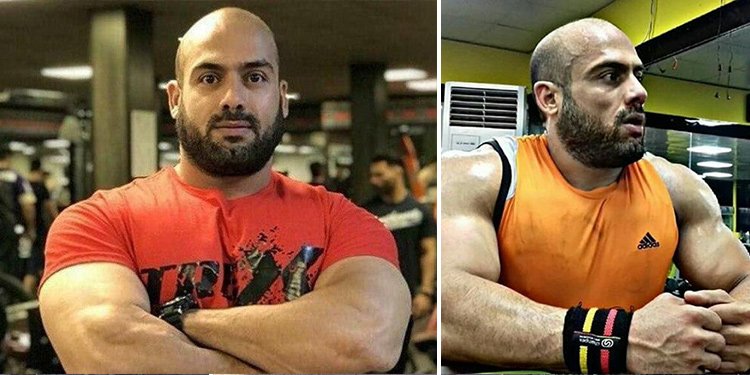 Prison guards at the Greater Tehran Penitentiary severely beat a tortured, injured political prisoner on September 14. According to the report by the Human Rights News Agency, political prisoner Khaled Pirzad, who had a leg surgery less than 25 days ago, is confined to a wheelchair. He is suffering from leg and spinal injuries due to torture while in detention and needs further surgery.

An informed source said that Khaled had requested to be transferred to another section, which was approved on September 14. Once he was transferred, he realized there was no room and that he must sleep on the ground.

“He approached the head of the section and requested that he be transferred to the previous section but that his cell be changed,” the source added.

Under the excuse that the political prisoner had directly approached the head of the section, a prison guard identified as Iraj Shameli attacked Khalid and severely beat him while using degrading verbal insults and profanities.

Despite his injuries, the guard beat him on his back and legs, throwing him on the ground and kicking him. Reports indicate that even his clothes were ripped during the beating.

Khaled Pirzad was arrested on May 26, 2019. He was brutally beaten upon arrest by security forces. The young political prisoner was transferred to Evin Prison after interrogations. In January 2019, he was sentenced to five years of prison for “assembly and collusion against national security” in the 28th Branch of the Tehran Revolutionary Court, presided over by the infamous judge, Mohammad Moghiseh. He was sentenced to another two years of prison for “insulting the Supreme Leader”.  His sentence has been upheld by the appeals court.

Khaled Pirzad was transferred from Evin Prison to the Greater Tehran Penitentiary on July 22. Reports indicate that he was once again severely beaten at the time of the transfer.

The Iranian regime beats and tortures political and non-political prisoners as a matter of policy but denies the use of torture. Most recently, the regime used the forced confessions of political prisoner and protester Navid Afkari, extracted with torture, to incriminate him in court. Navid was hanged on September 12.