Torture has been carried out systematically during the almost 40 years of the Islamic Republic of Iran. It is one of the most basic methods of survival for a regime that is on the verge of collapse.

Torture in the 1980’s
The most imprisonments and executions of political prisoners were carried out in the early days of the Islamic Republic.

Torture in the early 2000’s
Due to a surge in student protests, many students were detained because of their activism and were sentenced to years of prison. Since most young people now had access to the internet and social media, they shared their accounts of torture and abuse while in prison in their blogs or social media accounts.

Torture in this decade
In the 21st century, with most Iranians having access to the internet in the palm of their hands, prisoners have sometimes even been able to relay information from inside prison about tortures that they or their cellmates have endured.

Another torture method is the denial of treatment to ailing prisoners, even those suffering from cancer.

The tortured body of a man, detained during Iran’s nationwide protests in the western city of Javanrud, was found in ...

The Iranian regime arrested 38 protesters as "elements and leaders of seditions" in Tehran and five other cities over the ...

At least three minors who were arrested by Iranian security forces during nationwide protests in November were sexually abused while ...

An 80 year old woman was flogged in the Khoy Judiciary in northwestern Iran and was then immediately taken to ...

Two Iranian officials said that more than 470 people were detained during Iran's nationwide protests in Alborz province near Tehran ...

Detained Iranian protesters detained in Karaj and Tehran are under severe torture, including flogging, in Karaj's Rajaie Shahr Prison, a ...

Three women were detained in Karaj near Tehran for chanting against the state during Iran's nationwide protests, a state-run news ...

This video uses amateur videos to document the Iranian regime's use of lethal force against protesters during Iran's November 2019 ...

Jailed protesters in SW Iran city under torture to “confess”

Detained protesters in the southwestern Iranian city of Shiraz are under torture to “confess” to having contact with sources outside ...

Iran’s Judiciary in the northern province of Mazandaran said that a man's hand was amputated yesterday in prison for robbery. ... 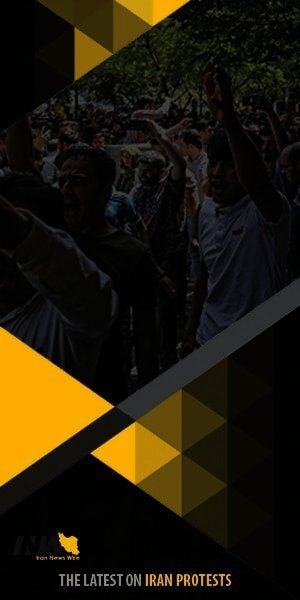