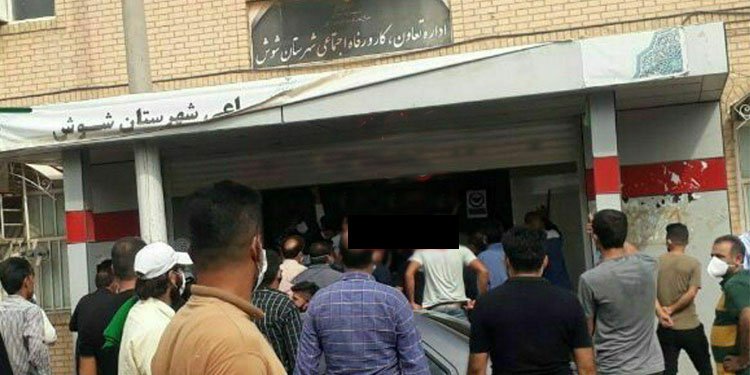 Sugarcane workers in southwestern Iran have taken strike action for the past 27 days to demand their unpaid wages.

The workers from the Haft Tappeh Sugarcane Company in Shush say they have not received their wages for two to three months. They are also demanding better work conditions, the return of laid-off workers who were fired for protesting, an extension of their insurance booklets, and the return of the company to the public sector.

Videos have been posted online showing hundreds of workers marching on the street chanting against regime officials. The sugarcane workers started initially took strike action on June 14. Sugarcane workers say that they can barely make ends meet and chant “we are hungry” during their protests. During previous protests, workers even said that they had to “borrow” bread from bakeries.

Two years ago during their last strike action, a number of sugarcane workers were detained, tortured, and persecuted for demanding their rights.

The CEO of the company, Omid Assadbeigi is currently being tried for currency misconduct. During the trial, Assadbeigi said he had bribed the current governor of Khuzestan by giving his wife $200,000.

In 2018, the Haft Tappeh Sugarcane factory CEO Assadbeigi was said to have run off after being charged with currency misconduct. He is currently standing trial.

The workers once again started a strike in November 2018 for 25 days in protest to not receiving four months of their wages and the privatization of the company. The contract for this massive complex has not been made public. It is not clear why the large factory was handed over to two young inexperienced men, who according to workers, did not know the first thing about sugarcane production.