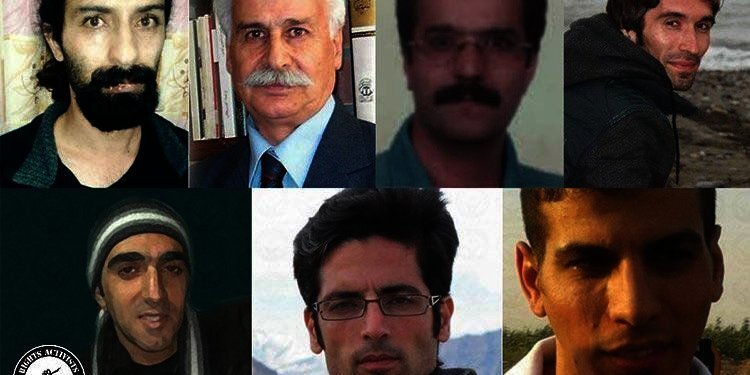 Since mid-December 2018, Rajaie Shahr political prisoners have been denied medical treatment on orders of the head of the prison in Karaj.

The ban started after a prisoner convicted of murder escaped while being transferred to the hospital but has only continued to be enforced against political prisoners.

Reports indicate that many prisoners, especially political prisoners were waiting for some time to go to the hospital.

The ban is life threatening for a number of prisoners suffering from serious illnesses.

Political prisoner Saeed Shirzad is suffering from severe damage to both his kidneys. His right kidney has shrunk by 25%. Saeed needs urgent sophisticated medical treatment but has been banned from going to the hospital despite his family having paid for his treatment.

His condition has deteriorated as a result.

Shirzad has been sentenced to six years of prison. He was sentenced to another six months of prison for “insulting the leader” and “disrupting prison order” for his role in the prison protest against the forced transfer of political prisoner to a maximum security ward in the prison.

The political prisoner has also gone on hunger strike in prison and has been mistreated and beaten by prison agents.

Political prisoner Hassan Sadeghi was tortured upon his arrest by intelligence agents. The tortures resulted in several illnesses including glaucoma. He has previously had eye surgery but is in danger of losing his eyesight. Despite this, he is banned from receiving professional medical care.

He is also suffering from an infection in his stomach and small intestine and a severe gastric ulcer.

Sadeghi was detained at the age of 16 in 1981 for supporting the MEK and was released after six years. He was severely tortured during that time and suffered severe damage to both his heels. He is still suffering from the consequences of the torture inflicted on him in the 80’s.

Sadeghi is currently serving his 15 year prison terms. His wife, Fatemeh Mosana, has also been sentenced to 15 years of prison.

According to prison medics, political prisoner Majid Assadi has to receive special hospital treatment every month. He is suffering from numerous digestive tract illnesses including gastric and duodenal ulcers as well as liver cysts and spinal disk inflammation.

The 36 year old prisoner has been sentenced to six years of prison for “assembly and collusion against national security” and “spreading propaganda against the state”.

Security prisoner Shahram Mansourpour has served 18 years of his life in prison term without a prison leave. He has been suffering from a spinal disk inflammation and problems in his back muscles. He is banned from going to the hospital despite his urgent need of surgery and medical treatment.

Human rights activist Arash Sadeghi is suffering from a rare form of bone cancer. He received delayed treatment which was left unfinished.

Despite removing a tumor in his hand more than five months before, prison officials have banned him from receiving chemotherapy.

He is now suffering from a severe infection in his hand where he received surgery and has lost his nerves in his right hand. He is also suffering from severe digestive problems as a result of a 71 day hunger strike in protest to his wife’s arrest and can only digest soup.

The young human rights activist has been sentenced to 19 years of prison.

Political prisoner Mohammad Banazadeh Amirkhizi has been banned from receiving medical attention despite his poor health. The 72 year old prisoner is suffering from a meniscus tear in his leg which has been neglected by prison officials and the prosecutor. He is also suffering from prostate issues, sleep disturbances and forgetfulness.

Amirkhizi was sentenced to 11 years of prison for “assembly and collusion against national security” and “spreading propaganda against the government”.

Hamzeh Savari is suffering from severe pain from a tumor behind his right knee which has impaired his walking ability but has been denied the right to go the hospital.

Doctors have said that if he does not have the tumor surgically removed it would lead to more serious problems in the future.

The young prisoner was arrested at the age of 16 in 2005 and was sentenced to life in prison on charges of “acting against national security”, “enmity with God” and “corruption on earth”. 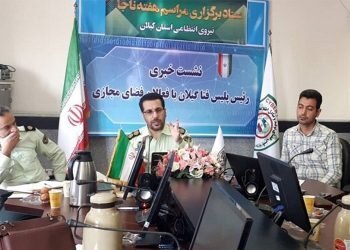 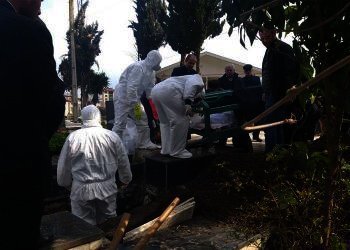 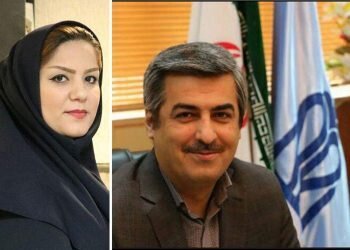 Iranians hold at least 10 protests over the weekend