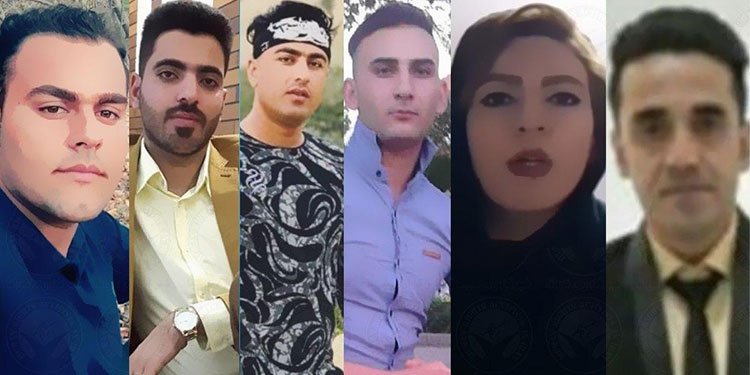 Iranian security forces arrested dozens of protesters in the southwestern city of Behbahan during and after last night’s peaceful protests in the city.

According to the Human Rights Activists News Agency, over 30 people were arrested. The group said that the number of detainees would increase.

Farzaneh Ansarifar, sister to Farzad Ansarifar, shot in the head by security forces during November 2019 protests, was also detained last night. She was outspoken in shedding light on the regime’s use of lethal force during the 2019 protests and the death of her 27-year-old brother.

A source told the human rights group that 34-year-old Peiman Rasouli had not even participated in the protests.

A large number of protesters chanted against the regime last night in Behbahan. Though the protests were completely peaceful in nature, the regime does not tolerate anti-regime slogans such as “Mullahs get lost” and “We don’t want a clerical state”.

The protests were called on from before against death sentences issued for protesters, the grave state of the economy, and the China-Iran deal which Iranians call “traitorous”.

“Vigilantly refrain from any gathering that could be a pretext for the counter-revolutionary movement,” the statement said adding that the police would “deal decisively” with demonstrations.

Yesterday, the Islamic Revolutionary Guards Intelligence Agency in the northeastern province of Khorasan Razavi announced that it had arrested a number of people in the province for what it called “inviting people to take part in protests”.

In a statement, the Agency accused the detainees of “espionage against national security and attempting to disrupt public order via the internet”.