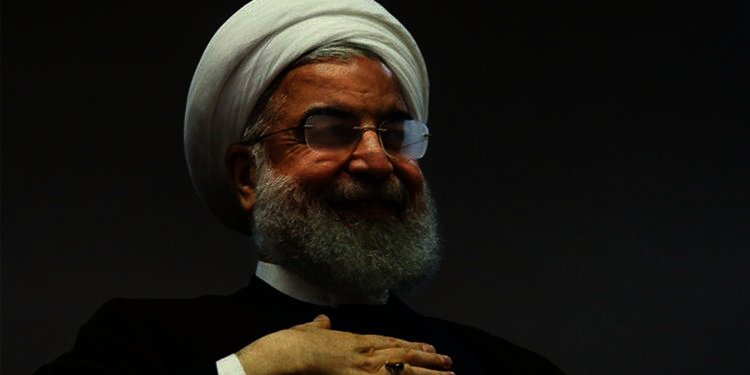 The administration of Iran’s President Hassan Rouhani is now in its eight year. During these eight years, Iranians have become more impoverished due to systematic mismanagement and rampant cronyism that has turned into a norm in the regime.

Although Rouhani tries to paint a rosy picture of the economy and even said recently that his government has not delayed the wages of workers, government employees and pensioners “for even a day”, thousands of workers are currently on strike, mostly in southern Iran, to demand their unpaid wages or higher wages.

Vatan-e Emrouz state-run daily published a comprehensive report on Iran’s economy yesterday, assessing 10 important economic indicators. These include the misery index, inflation, the Gini index, economic growth, and indicators that measure livelihood conditions. It should be noted that the regime has a history of covering up its economic statistics and any figure announced by the regime should be taken with a grain of salt.

“In his last year of presidency, Hassan Rouhani asked that his economic performance be compared to the previous administration’s. Studying the economic statistics of the two governments shows Hassan Rouhani’s failed report card,” the paper wrote adding that the previous government of Mahmoud Ahmadinejad was not much better.

According to Vatan-e Emrouz, the previous government only constructed 700,000 housing units during the Mehr Housing Project while 4 million housing units were promised to Iranians.

“(Rouhani’s) administration had an unfavorable approach to the Mehr Housing Project from the very start and sacrificed this project for political (gain),” the daily said adding that the project was still ongoing and incomplete.

The state-run newspaper also cited the severe construction recession in Iran and said that only 350,000 construction permits have been issued by the current administration.

The daily compared the average price index for each square meter of homes in Tehran in Ahmadinejad’s and Rouhani’s administrations.

“The index rose 2.6 folds during the eight-year term of the previous government and 2.5 folds in the seven years of the current administration.”

According to the daily, the peak in home prices occurred when the US left the JCPOA, causing a surge in the exchange rate.

The current construction recession has aided in the increase of the housing sector inflation.

The Geni index is a measure of statistical dispersion intended to represent the income inequality or wealth inequality. A Gini coefficient of zero expresses perfect equality. The index was descending during Ahmadinejad’s administration but is now ascending. This means that the gap between various social classes has increased.

Iran’s foreign debt by the end of Ahmadinejad’s government was 9 billion USD. It is now at 11 billion USD.

No headway in unemployment crisis

Another important indicator of a government’s economic performance is economic growth. Vatan-e Emrouz said that the average economic growth in the former administration was more than 2% but is now near zero under Rouhani.

“The suspension of the country’s economic plans due to nuclear talks and the unrealistic reports of progress during talks took several years out of the life (of Rouhani’s government), which eventually led to the return of sanctions.”

The misery Index helps determine how the average citizen is doing economically and is calculated by adding the seasonally adjusted unemployment rate to the annual inflation rate. This figure was at 59.125% during the former administration. By early 2020, it increased to 61.025%, the highest in the last 15 years. Economists say this index directly affects crime rates.

As this index differs on a yearly basis, an average can be calculated during a specific time interval. The state-run daily said that Iran’s average inflation was 17.66% from 2005 till 2013 during the last government and increased to 20.35% from 2013 to early 2020, which means that the price of basic goods has increased in Rouhani’s administration.

But according to Statista website “Iran’s inflation rate rose sharply to 41.06 percent in 2019 and was projected to rise another six percentage points before slowly starting to decline.”

The more liquidity is directed towards production and added value in a country, the less its inflationary effects will be.

Though this figure is 1% less under the current administration, because of current inflation, liquidity has not been driven towards production.

Iran’s currency hit a record low this year trading at 24,000 tomans to the dollar in the foreign exchange market.

But according to Vatan-e Emrouz, Iran’s Central Bank considers these rates “unrealistic” therefore Iran’s official announcement of 19,000 tomans per USD has been calculated.

“Considering this rate, it can be said that the price of each US dollar has increased more than six folds during Hassan Rouhani’s term.”