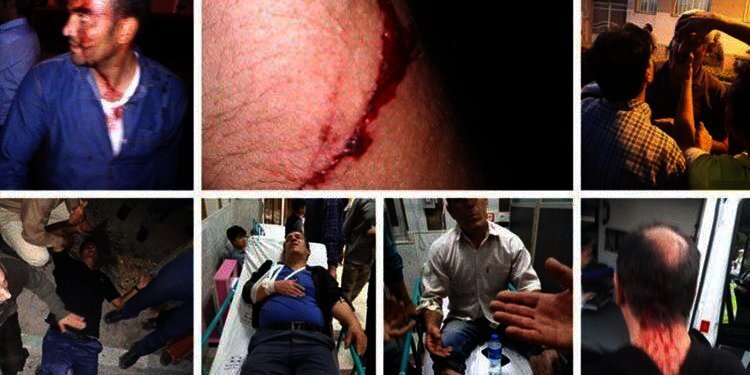 HEPCO workers were blocking the north-south railroad, protesting months of unpaid wages and the privatization of the company which has left the once productive company in shambles.

The workers also took to the streets and marched downtown. They were holding large banners asking authorities to settle issues regarding the company’s ownership and shareholders. They said that authorities had not kept their promises despite telling them around 10 days ago that they would resolve their demands.

Reports indicate that almost 30 workers were detained while 15 were injured after the attack.

The ILNA state-run News Agency covered the gathering but did not mention the riot police attack.

HEPCO workers have in the past held many protests, namely in May 2018. There were also reports in October 2018 that 15 workers were sentenced to prison and lashes for their protests.

HEPCO, an Iranian company that produces road construction equipment in Iran and the Middle East, was privatized in 2017. Labor rights activists say that the plight of workers began right after the privatization.

Iran’s Free Trade Union said on its Telegram channel in 2018 that “8,000 workers used to work at the HEPCO industrial complex before its privatization. Now, only 1,000 of them are left.”

Iranian laborers who hold protest rallies and strikes demanding not only higher pay, but their unpaid wages, are prosecuted and were recently given hefty prison terms.

Most recently, seven activists were sentenced to up to 18 years of prison for links to protests by Haft Tappeh Sugarcane Factory workers in the southern city of Shush.

Dozens of Iranian Baha’is banned from education by regime