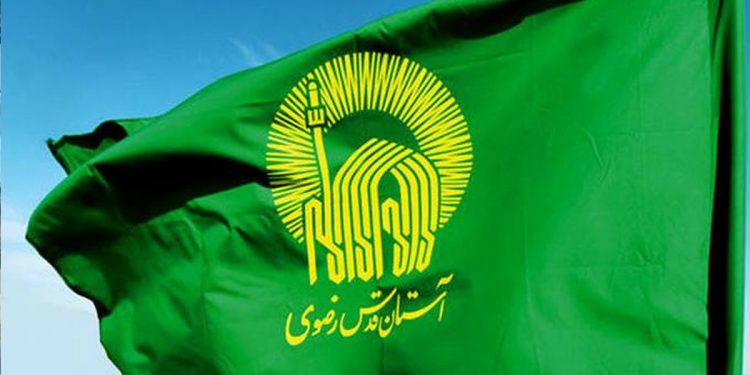 On January 13, the US Treasury Department in the final days of the Trump administration, sanctioned the Astan Quds Razavi Foundation and 15 other institutions, some of which are under the direct supervision of the regime’s Supreme Leader, to further its maximum pressure campaign.

The US Treasury Department said that Ahmad Marvi, the head of the Astan Quds Razavi Foundation, and Mohammad Mokhber, the executive Chief of the Execution of Imam Khomeini’s Order, were also sanctioned.

In 1981, the founder of the Islamic Republic of Iran, Ruhollah Khomeini, handed over the responsibility of Astan Quds to senior Iranian cleric, Vaez-e-Tabassi, and thus Astan Quds, with all its affiliated companies and institutions, became the property of Tabassi.

By written order of Khomeini in 1983 to then Prime Minister, Mir Hossein Mousavi, Astan Quds was exempted from taxes and accountability. After Khomeini’s death, Ali Khamenei reaffirmed and enforced this ruling. Following Tabassi’s death in March 2016, Khamenei gave the Foundation to Ibrahim Raisi, Iran’s current Chief Justice. When Raisi was appointed Chief Justice, the Foundation went to influential cleric, Ahmad Marvi in ​​April 2019.

Astan Quds Razavi is one of the Iran’s largest and wealthiest conglomerates and operates in every imaginable economic fields. All the subordinate companies are run by the head of the Foundation under the supervision of Ali Khamenei.

Presently, more than 13,000 hectares of ​​Mashhad, which is more than 40% of the total area of ​​the city, are part of the endowments owned by Astan Quds Razavi. But these endowments are not limited to Mashhad and Khorasan province in northeastern Iran. Astan Quds owns lands, orchards, irrigation wells and aqueducts throughout Iran.

Reports indicate that the Foundation runs 89 companies and institutions, and owns more than 50% of the shares of 44 of these companies. The Foundation employs about 12,000 people, competing for the title of Iran’s wealthiest economic giant with the Revolutionary Guards’ Khatam-al Anbiya Central Headquarters and the NAJA Cooperative Foundation affiliated with the police force. The economic activities of Astan Quds can be divided into several domains. The parent company of each domain is responsible for its subsidiaries:

The construction and road construction activities of Astan Quds, which was once limited to Mashhad and Khorasan, have now reached outside of Iran. Last summer, an official at the Quds Razavi Housing and Civil Engineering Company said Astan Quds had 130 development and construction projects in the past 36 years of which more than 100 have been put into operation. Sarakhs International Airport, part of the Mashhad-Bafgh railway, the northern freeway of Mashhad, the multi-story parking of Razavi courtyard, the construction of large commercial centers such as the Mashhad Mall are some the Foundations internal projects. In the summer of 2014, the Quds Razavi Housing and Civil Engineering Company announced that, “Astan-e-Quds had taken action to participate in overseas activities through Razavi International Civil Engineering Company and expanded the scope of its activities to outside of Iran”. Among the company’s projects abroad is the construction of a 1,000-meter-long railway bridge over the Euphrates River in Syria.

In terms of agriculture and animal husbandry, Astan Quds Razavi has extensive activities. Estimates show the Foundation owns about 400,000 hectares of orchards and agricultural land in different parts of the country. According to the head of the Razavi Agricultural Institute, it produces 30,000 tons of various agricultural and livestock products annually. Quds Razavi Livestock Institute owns more than 13,000 cows that produce 25% of industrial milk in Khorasan province. The head of the Astan Quds Razavi Orchards Institute also says that about 700 hectares of agricultural land in Mashhad and its suburbs are part of its endowments. As previously mentioned, this foundation is widely active in food and pharmaceutical industries, heavy industry and mining, automobile manufacturing, energy, and information technology, and owns some of Iran’s national natural resources. Astan Quds owns 12 coal mines, although its method of extraction, selling and possibly exporting the coals is not known.

The question is, where does the revenue go? According to Islamic tradition, the income from religious endowments should be spent on caring for low-income families but since no government body monitors the incomes of the Foundation, Ali Khamenei is free to spend the proceeds however he wishes. Of course, due to institutionalized corruption, all other officials pocket the revenues as much as they can to line their own pockets. For example, the net worth of the Tabassi family is estimated at $770 million.

Meanwhile, according to the Khorasan Governor’s Office, 33% of the province’s population live in shantytowns and are denied access to healthcare, education, housing, and safe living. According to the report, out of Mashhad’s 3 million population, 1.1 million people, more than a third of the population, live in slums. And this is while the huge wealth in this city is in the hands of only one institution. According to experts, Mashhad would be one of the most prosperous cities in the world if part of this wealth were spent on the city.

Since US sanctions caused a sharp decline in Iran’s official revenues, the regime is facing financial difficulties and cannot fund its proxies to meddle in the region or as the mullahs’ call it “expand its strategic scope”. Iran cannot fund its proxies including Hezbollah, and its multitude of militia forces in Iraq and Yemen, or its Afghan Fatemiyoun Division and Pakistani Zainebiyoun militias in Syria using its official annual budget. The millions of dollars used to fund these group must be provided from other financial sources. The Astan Quds Foundation, along with other bonyads such as Bonyad-e-Mostazafan, are among the organizations that have directly assisted the Quds Force in this regard. Iranian opposition sources have previously stated that the Quds Force receives most of its funds from these foundations. Now that Astan Quds Foundation has been sanctioned, Khamenei will face even more problems in financing his meddling outside Iran. The US’s decision to sanction the Foundation will definitely be welcomed by Iranians who are tired of having their stolen wealth used for terrorism.