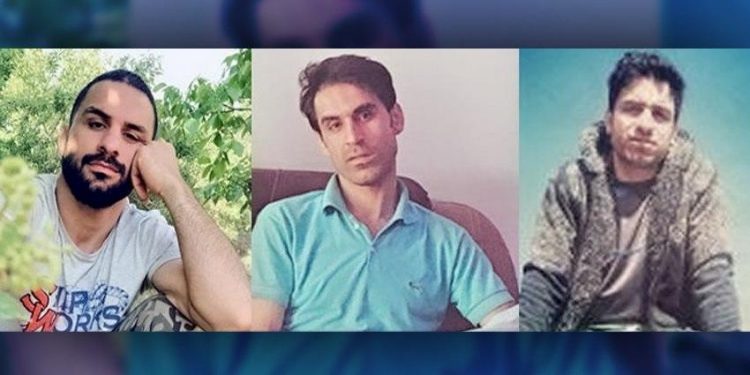 From left to right: Navid, Vahid and Habib Afkari

The brother of executed wrestling champion and protester Navid Afkari gave a heartbreaking account of the last days before his brother’s execution. The remaining Afkari brothers, Vahid and Habib are currently in solitary cells in the basement of Shiraz’s Adel Abad Prison in southwestern Iran.

Before Navid’s execution on September 12, all three Afkari brothers were beaten and forcibly taken to separate solitary cells in the basement. Vahid and Habib Afkari are still in these cells.

The night before Navid’s execution, the Afkari brothers were told they would be taken to Tehran tomorrow and were asked whether they wanted to see their mother before their transfer.

“They told us we could ask our mother to come see us, but we said it was late and we did not want to bother her,” Vahid Afkari recounted, adding that they asked for phone calls instead.

“I called my father, Habib called his wife and Navid called Saeed.”

A recording of Navid’s phone call with his brother Saeed was published after Navid’s execution. In the phone call, he tells his brother not to worry and that they were being taken to Tehran tomorrow.

Some time around 3:30 am on September 12, prison guards opened their doors telling them it was time to go to Tehran.

Navid was the first to be removed from his cell next to his brothers; cells that are situated right under the prison’s execution yard. According to an eyewitness account, he seemed to have realized along the way that he was actually being taken for execution and resisted. The guards responded by beating him.

A few minutes later, the sound of the metal execution platform opening under Navid’s feet echoed in the small cells.

Vahid recounts the tragic moment he lost his brother.

“They took Navid first and I waited for them to take me too. Habib said he heard someone being beaten and while we were talking, I heard the execution platform opening under his feet,” he said, adding that the agents came to their cell to express their “condolences” over Navid’s death.

Neither Navid nor his family knew he would be executed on September 12. His execution shocked the world. He was hanged despite an ongoing international campaign to stop the execution. Navid Afkari was hailed as a national hero and his name can still be seen in anti-regime graffiti across Iran.

After Navid’s execution, Habib and Navid saw each other in the prison hallway.

A prisoner described the heartbreaking scene.

“Vahid and Habib ran towards each other. They cried out from the bottom of their hearts and murmured Navid’s name. But prison guards violently attacked them. The obscenities aimed at the brothers echoed through the hallway. The guards violently separated them, and each were removed from the hallway from different exits”.

The Afkari brothers were arrested for taking part in protests in their hometown of Shiraz in the summer of 2018. Vahid and Habib are currently serving their lengthy prison terms in Adel Abad Prison. 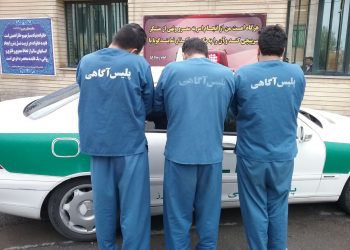