More than 200 dead in 3 days of Iran protests 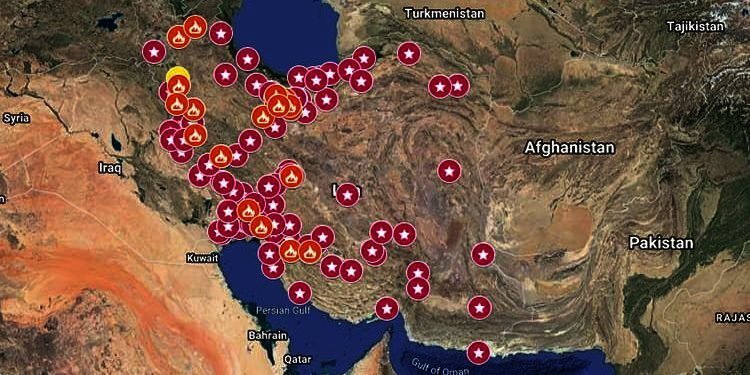 According to the Iranian Resistance, Iran protests have spread to 117 cities in Iran.

Names of 24 identified protesters killed by security forces in Iran:

There were clashes going on between security forces and protesters in some areas in Tehran, including Shahriar, Khadem Abad, Shahed Shahr, Nasir Abad and Assad Abbad. A number of banks including the Maskan Bank, Kosar Bank and the Melat Bank were torched by protesters.

In Islam Shahr, southern Tehran, protesters torched a Bassij base and a kiosk that belonged to security forces.

In Andisheh, Tehran, clashes continued into the night between security forces and protesters. Protesters blocked off roads.

In Shiraz, southwestern Iran, protesters torched a number of banks. Students set fire to tires which they used as roadblocks.

Severe clashes between protesters and security forces in the northern city of Gorgan and the southwestern city of Kazeroun.

In Malard, Tehran, security forces are shooting down on protesters from helicopters.

Tehran University: Students gathered inside the university chanting “Down with dictator”. Their gathering was attacked by the paramilitary Bassij forces which led to clashes.

According to reports from medics and ambulance drivers, security forces are targeting protesters in the head. They are shooting to kill.

The regime has dispatched its Afghan forces, known as the Fatemiyoun Brigade, to suppress protesters in Karaj.

Most regions in Karaj are controlled by the protesters. Protesters have created roadblocks with street signs and anything else they could get their hands on. All the shops are closed and gas pumps do not work.

In Qaemshahr, northern Iran, protesters have gathered around Imam Square.

In Asaluyeh, southern Iran, Bassij forces attacked a group of protesters who were blocking the Kangan road.

Jam County, Bushehr Province: The route from Asaluyeh to Jam has been closed down. Protesters disarmed special forces.

Mahshahr: Severe clashes going on between security forces and protesters.

Reports from Iran indicate that protesters have taken over the south of Shiraz. All the banks in Valfajr County have been torched.

Protesters started marching from the main streets into neighborhoods where clashes ensued with security forces who used tear gas and live bullets against protesters. Protesters took over the Valfajar police station.

Shiraz: All the banks in Afif Abad have been torched. Security forces in the Mali Abad police station are shooting at protesters.

Shiraz: This morning, an IRGC officer opened fire and killed two commanders of the Fajr IRGC base who were giving orders to their subordinates to open fire on protesters. Reports indicate that the officer who killed the IRGC commanders was killed himself.

Shiraz: Protesters torched the office of the head of Friday Prayers who threatened them today.

Shiraz: Intelligence agents have arrested protesters who were injured in Namazi hospital. They have also removed the bodies of deceased protesters from the hospital.

Shiraz: The regime is using snipers to target protesters.

A report from Kermanshah says that 22 people were killed in a hospital.

Ahvaz: People are out on the streets especially in Kian Pars.

Mashhad: Protesters are in the Sajjad Street and broke the windows of bus stations.

Marivan: A curfew has been announced. A large number of security forces are being dispatched from Sanandaj.

Isfahan: Bassij forces have been stationed in all intersections and squares to prevent gatherings. Clashes ongoing between protesters and security forces.

Najaf Abad: The bazaar has been shut down and everyone is on strike. Protests continue.

Security forces are using helicopters to determine where protests are being held.

Protesters killed the second in command at a police station along with a soldier in Yazdanshahr during clashes.

All the Meli and Saderat bank branches were torched along with the municipality and the Qarzol Hassaneh Seminary in Yazdanshahr.

The Islamic Revolutionary Guards Corps (IRGC) said in a statement today that they would “deal decisively” with protesters and Iran protests.

The President of the Iranian regime, Hassan Rouhani also resorted to threats.

According to the YJC News Agency, Rouhani addressed protesters who have closed off the streets with their cars and said “We have several monitoring systems that will identify the licence plates and the drivers of the cars”.

The Islamic Republic of Iran Army Ground Forces has announced that it has started a maneuver in northwestern Iran. The maneuver called the “Zolfaghar Velayat” is to take place in two phases during the night and day. The Public Relations Office of the Ground Forces said that brigades 40, 41, 321 and the engineering unit would take part in the maneuver along with helicopters from the air forces.

The head of the Isfahan Fire Department said that 42 fires were contained by the fire department yesterday which included fires in 23 banks, a number of government institutions, and a bus.

Fars state-run News Agency: A telecommunications building was completely destroyed. The Isfahan-Fouladshahr road was blocked. City property was destroyed while a number of banks and gas stations were torched. There were futile efforts to take over a number of police stations. The Zeinabieh Seminary was torched last night.

Fars News Agency: In Shiraz, a bank branch was torched. In Kazeroun, a seminary was torched by protesters in addition to three cars, six motorcycles. A number of buildings were also damaged.

The Intelligence Organization of the Fajr IRGC Base in Fars Province announced that two leaders of the protests who were “affiliated with dissident groups” were arrested on Saturday during the protests.

According to the organization, the two people were told to “instigate” the public to attack public property and key buildings.

The Shiraz head of Friday Prayers reprimanded the city’s officials.

“If you can’t control the situation in Shiraz, I will enter the scene myself from tomorrow,” he said.

“We are sure that the people who are looking to destroy and will not show mercy towards anyone and anything including mosques, the Quran, schools and public property are those who are against the state,” Lotfollah Dezhkam said today in comments carried by the Tasnim News Agency.

The cleric claimed that protesters were against Islam.

“We are not afraid of dying and we ask everyone who believes in the Revolution to deal with the seditionists,” he added.

Fars state-run News Agency: In Tehran, there was unrest last night in a number of areas including in Shahriar, Qods, Baharestan, Malard, Robat Karim and Islamshahr including torching banks and stores.

In Baharestan County, most government buildings were attacked and torched.

In Qods, police stations, the Friday Prayers office, prayer hall, municipality, governor’s office and almost all the banks were attacked and destroyed.

Tasnim state-run News Agency: The Khuzestan Governor said that 180 “seditionists” were detained in the province.

Tasnim News Agency: 150 leaders of the protests were identified and arrested by the IRGC. Tasnim claimed that the detainees “confessed” that they were paid and had received training to burn down state institutions.

The Public and Revolutionary Prosecutor of Kermanshah has resorted to threatening protesters to death.

He said that those who destroy public property will be charged with “corruption on earth” which could carry the death penalty.

“The measures carried out by those who are active and the leaders of the illegal gatherings are being carefully monitored,” Sadeghi added threatening protesters.

ISNA state-run News Agency: The Secretary of the Banking Coordination Council of Lorestan Province said that 44 bank branches were damaged during the unrest in the past few days in the city of Khoram Abad.

Click here for a live map of Iran protests with links to videos. 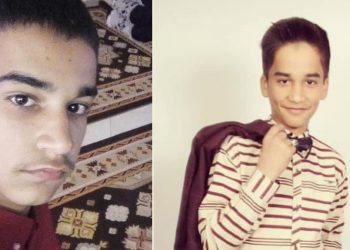