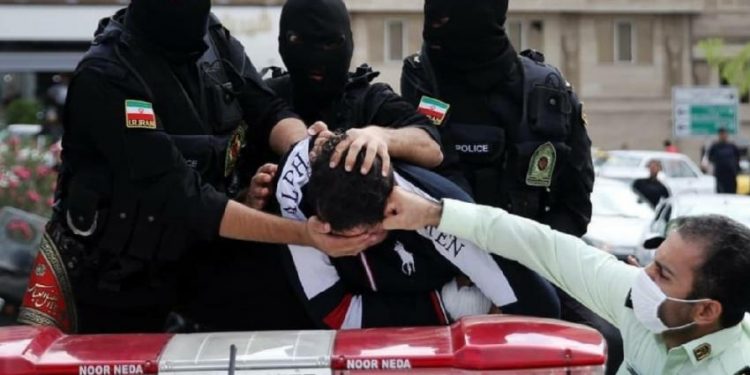 With the increase of the public degradation of “thugs” on the streets of Iran, a top military intelligence official implied that the regime’s Supreme Leader was behind the new crackdown measures. The Deputy of Intelligence and Security of Iran’s Armed Forces said the regime had initiated an organized plan confirmed by the country’s Security Council to “fight thugs and hooligans”. Majid Mirahmadi said the new initiative was carried out upon the “demands” of Ali Khamenei.

“As the representative of the Chief of Staff of the Armed Forces I announce today that the main demand of the Supreme Leader and the Commander in Chief is drying out the roots of lack of security in the community,” he said in a meeting in Isfahan last week.

During the Isfahan meeting with Tabatabai Nejad, the Head of Friday Prayers and Khamenei’s representative in Isfahan on October 2, the regime’s plans to “deal with troublemakers” was discussed in length.

Mirahmadi implied that the reason behind the crackdown was that “thugs were supported by anti-revolutionary groups” and took part in nationwide protests, the only force powerful enough to bring down the regime. The senior intelligence military official said the regime’s Security Council had ordered that bases be established in the provinces and cities to counter “thugs”.

Mirahmadi said the country’s security depended on the fight against “thugs”. He implied that the public degradation of Iranians showed the “resolve of the Chief of Police” and expressed “gratitude” for the crackdown. The senior military intelligence official said dealing with “thugs” was not only up to the police and that the regime’s Armed Forces would also play a part in the suppression.

Iran’s state media have published videos and reports of the public degradation of locals who were charged with “public thuggish behavior”. The men are paraded in police trucks, while masked security forces slap and manhandle them, forcing them to “repent” in public. In the latest video published yesterday, several men are paraded on the streets outside of Aladdin Mall in Tehran. One of them, who is constantly slapped on the head and pushed around by a security agent, uses vulgar words directed at himself to “apologize” for his actions. This was the third such case of public degradation in the past weeks. These “criminals” are paraded in public before they are tried and officially charged and are usually publicly humiliated only days after their arrest.

On September 17, the YJC state-run news agency published photos and videos of another display of public degradation in the Tehran Pars district. The news agency, affiliated with the state-run TV, said “the thugs who were now subdued apologized to the people for their thuggish behavior”.

On August 31, videos surfaced on social media showing a group of men attacking a hospital at Poursina Hospital in Rasht, northern Iran. The next day, the detained suspects were paraded around the city for “causing panic and terror amongst the people.”

The regime’s displays of public humiliation have outraged Iranians who have compared the parading of Iranians on the streets with similar measures carried out by ISIS.

The regime has carried out various “plans” to deal with what they call “thugs, hooligans and troublemakers” in the past decades. Though the official motive behind the crackdown is crime prevention, these measures are politically motivated and designed to intimidate and subdue Iranians to prevent protests against the regime’s absolute rule.

According to state-media reports published in the 1990s, following major protests in the northeastern city of Mashhad and Tehran’s Eslamshahr, the regime’s security institutions reached the conclusion that “thugs” were important players in protests.

An IRGC official also said that during nationwide protests in 2009, the regime “identified 5,000” people who took part in protests but “were not affiliated with any parties or political groups” and were “thugs and hooligans”.

“We controlled them in their homes. When there were calls for street protests, they were not allowed to leave their homes,” Hossein Hamedani who died in 2015 in Syria added. 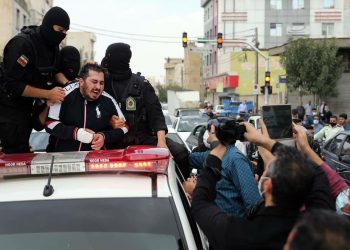