Isfahan doctor says Iran’s coronavirus outbreak is “out of control” 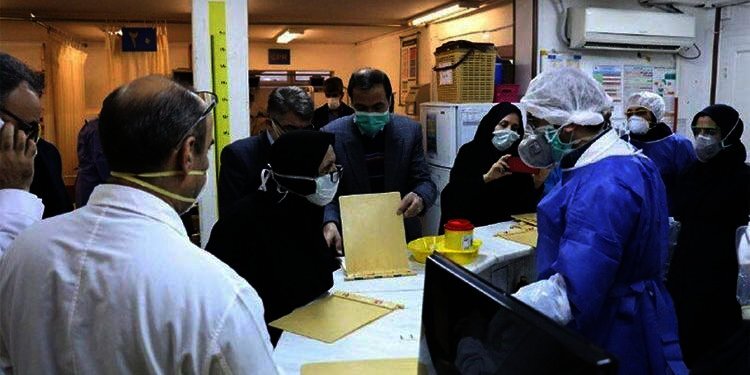 According to an audio file published on social media, a doctor in Isfahan said that Iran’s coronavirus outbreak was “out of control”.

The doctor, who has been identified as Dr. Behrouz Keleidar, is seemingly talking to a group of other doctors in the central Iranian city.

It is still too early to indepenatly confirm the audio. However, due to the Iranian regime’s history of cover-ups of past incidents including the number of civilians and protesters killed during Iran protests in November and the shoot down of a Ukrainian airliner in early January, we will convery unofficial reports from credible sources.

A summarized translation of the doctor’s comments can be found below:

“Unfortunately, the conditions are much worse than we thought. Around 83 people suspected of coronavirus are hospitalized in Isfahan. Their test results have still not come in, but you know that from their CT scans, its clear that they have coronavirus. When this number of people are infected, it can be said that more than 12,000 carriers are in the city of Isfahan that don’t know they’re infected.

Two people have died in (inaudible) hospital and four people passed away in al-Zahra Hospital. One person is hospitalized in the Nohe Day Khomeini Hospital which will lead to death. As far as I know, three people are hospitalized in the Yasrebi Hospital in the city of Kashan which will also lead to death. The numbers we have from other cities in the province shows that the spread of the virus is alarming.

From our colleagues among health workers, until now, four residents, one intern and eight nurses are currently hospitalized. Two specialist doctors and one general practitioner were infected in their places of work.

In Tehran, there is a catastrophe. Many of our colleagues in Daneshvari Hospital and Loghman Hospital have been infected and we don’t know how many people are carrying the virus. But one can guess that something terrible is happening.

In the north of the country, especially in the province of Gilan, the numbers of infected persons is extremely high. Most of them have been transferred to Tehran and this unscientific transportation has infected many more.

Unfortunately, there is a disaster in Qom. The situation is out of control. Unfortunately, officials continue to coverup the issue because of the political and economic consequences that they think it will have in the country.

In Hamedan (NW), Zanjan (NW), Arak (central Iran), Qazvin (NW), Mashhad (NE) and Isfahan if we take quick measures, we can control the issue. We have extreme failures in Isfahan.

What has us concerned is this chaos and lack of planning and everyone is confused even though we warned ministries from one month ago that if they ignore the issue, we have to wait for a catastrophe. But unfortunately, they did not take heed as they should have, and they did not take any precautions from before.

Programs for public awareness and education of the people was not carried out. The situation was published one day after elections because it was planned that this be done after elections. Unfortunately, like always, (officials) look at this issue from a security perspective. I told the governor and he also said that the reason behind the coverup was orders from officials. I told Mr. Shishe Foroush that if we do not act fast, we there will be a catastrophe.

We were not even able to convince officials to close schools. You know that if we insist on this anymore, we will get in trouble. We have two cases of infected children so it can’t be said that children don’t get infected. This virus has infected both genders. It has been seen more in people above 60 years of age but in general it has infected everyone. Pray that God has mercy on us.”

Yesterday, an Iranian lawmaker said that at least 50 people had died in the city of Qom, the epicenter of Iran’s coronavirus outbreak and accused the regime of covering up the facts.

Iran’s Ministry of Health has put the death toll at 16 with 95 people infected.

U.S. Secretary of State Mike Pompeo on Tuesday called on the regime to “tell the truth” about Iran’s coronavirus outbreak.

He said the US was “deeply concerned” Iran may have covered up details about the spread of the virus. 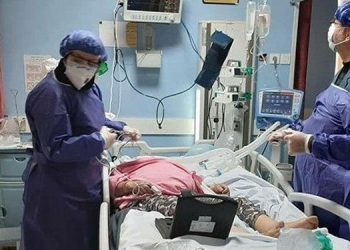 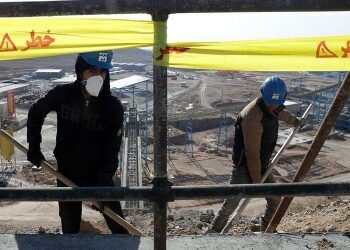 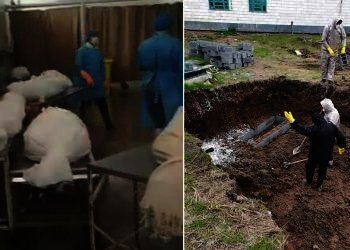