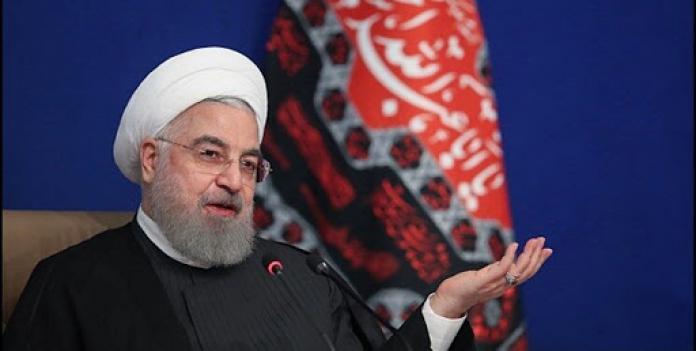 In a meeting with Iranian press, Iran’s President Rouhani implied that “raising people’s expectations” would lead to popular discontent.

“In any government or at any time, if we raise the people’s expectations too much, we will always fail… Our resources are limited. Expectations should be consistent with the realities of the society,” Hassan Rouhani said yesterday.

Rouhani was implying that the media should not raise people’s expectations by criticizing his government because that would create “despair and frustration among the people”.

“Therefore, it is very important how the media presents expectations,” he said adding that the future would bring the “hardest of times”.

Today, Rouhani said that Iran had handled the COVID-19 epidemic better than Europe.

“Our situation in terms of COVID-19 is better than Europe’s. They had no empty beds and we always did,” he said.

The regime has done almost nothing to prevent infections and deaths. According to the National Council of Resistance of Iran, a group that has refuted the regime’s death toll since day one, at least 95,000 people have died from the virus. Iran’s Ministry of Health put the death toll at 21,000 today.

The regime’s figures have also been rejected by regime insiders.

In early August, a member of Iran’s Coronavirus task force said the regime was downplaying virus fatalities for political and security reasons. Dr. Mohammad-Reza Mahboubfar, a viral epidemiologist said that the “figures announced by the Ministry of Health were just 1/20th of the real figures”.

Rouhani also claimed that COVID-19 treatment was free in Iran. This is while regime officials say that Iranians must pay 10% of the treatment.

But other sources say that COVID-19 treatment costs between 5 million to 100 million tomans, an almost impossible amount for a worker who makes a little over 2 million tomans a month. Testing is also not free and not carried out on a widespread basis in Iran.

In mid August, an Iranian lawmaker said that impoverished Iranians even had a hard time providing masks and other sanitary items.