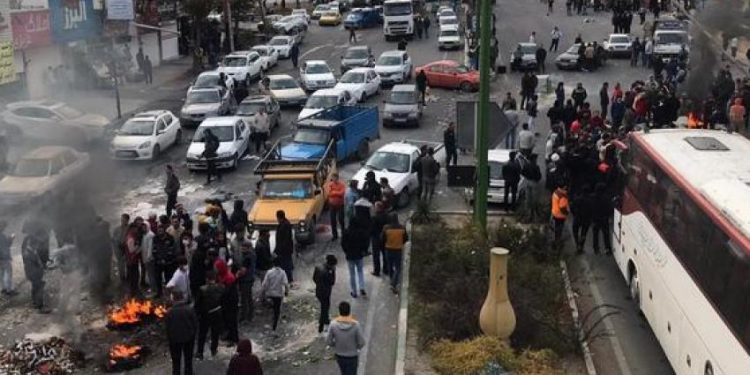 The Head of the Security and Law Enforcement Department of Iran’s Ministry of Interior said today that calls for protests in the country had increased three-fold compared to last year.

In a press conference today, Hossein Zolfaghari said that there were 519 calls for protests in the first five months of last (Persian) year.

“This year in the same timeframe, there were 1,702 calls for protests which shows a 227% increase,” he added.

The Interior Ministry Official cited intelligence reports and claimed that the source of hashtags and calls for protests on the internet were from “abroad”.

“Of course, it is possible that elements inside the country re-post these calls,” he added.

“In 2018, the events that took place in the country led to an increase in crises. The roots of the crisis are related to economic and political issues and the roots of some issues come from abroad,” he said adding that crises did not only have one source.

Hossein Zolfaghari said that media outside of Iran that published reports on workers’ strikes and protests were “trying to turn Iran into another Syria”.

The Brigadier General who is a former Deputy Commander of the regime’s Law Enforcement Force said that the Ministry had sent “reports” to Iranian officials to prevent new protests.

“To prevent social tension, we sent 610 strategic reports with clear suggestions to the country’s authorities,” he said.

Zolfaghari said that the regime’s Security Council had predicted nationwide protests in November 2019 after the regime tripled the price of gasoline overnight.

“There are documents on the (protests) in 2018 and 2019 and the roots of those events. The Security Council had predicted the (protests) of November 2019, and our opinion was that the price of gasoline should be 1500 Tomans. We also predicted the protests. We anticipated the social consequences of implementing the plan to increase the price of gasoline.”

“Gasoline prices were supposed to increase last year, but we said it would not be possible. We asked that officials explain the benefits of the plan to the people before the plan was implemented, but we believed that the time of the plan should not be announced so that people would not flock to gas stations. There were no problems during the early hours of the plan, but from Friday noon, some officials inside the country tweeted and came on the internet and said some things and a group from abroad carried out some actions and some people protested, and then other incidents occurred,” the Head of the Security and Law Enforcement Department of Iran’s Ministry of Interior said.

He also implied that the regime’s President, Hassan Rouhani was lying when he announced at the time that he was not told about the gas price increase from beforehand.

“Those who said that they did not know about the plan until Friday, there are documents that show at what time, what day and who told them about the gas increase,” he said while holding up a file.

The regime responded with a brutal crackdown and shot and killed at least 1,500 protesters, including children, amid an internet blackout.

Iranian officials are terrified of another fresh round of protests. Most recently, Hossein Biadi, a conservative politician said in an interview with Entekhab website that “there was a possibility of unexpected socio-political events by late December.”