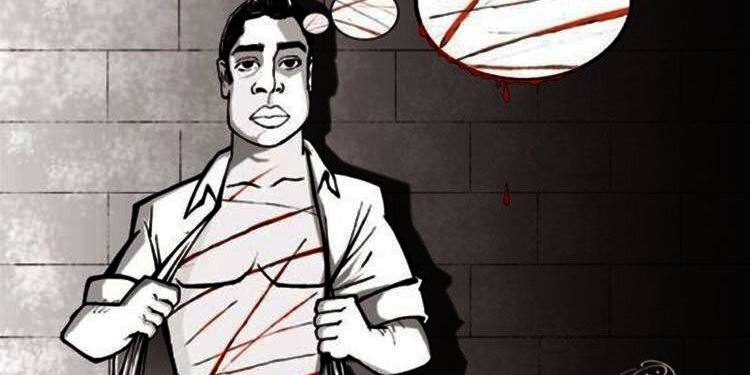 The Chief of Staff of the President of Iran rejected a labor activist’s torture claims adding that the Intelligence Ministry would press charges against the labor activist.

“Today, the Minister of Intelligence provided a report on his investigations into Esmail Bakhshi’s claims (of torture), and it became clear that Bakhshi’s claims are in no way true,” Mahmoud Vaezi said in comments carried by the ISNA news agency.

The government official did not cite the details of the report or how the torture claims were rejected without a medical examiner’s investigation.

“Last week on the President’s orders, the Minister of Intelligence sent a delegation to Khuzestan province which examined all the relevant areas. Today the Intelligence Minister presented his report to the government. In these investigations, they even talked to Esmail Bakhshi,” he said.

According to Vaezi, the labor activist’s torture claims were “propaganda”.

“The government’s position is to protect citizens’ rights, and the Ministry of Intelligence is also trying very hard to take the path of the rule of law,” Vaezi said.

“It has been decided that the Ministry of Intelligence and the system have the right to sue Esmail Bakhshi and for the Judiciary to follow through,” the government official said.

He also detailed the use psychological torture against himself and a female civil rights activist and photographer detained along with the workers for taking pictures of their strike, and called the mental torture worse than the physical torture.

He said that he and Sepideh Qolian were attacked with abusive sexual language while being beaten.

Esmail Bakhshi also accused the government of tapping his phone before his arrest and listening in on his private conversations.

Following his Instagram post, Iranians came to his support on Twitter with the hashtag #روایت_شکنجه (torture narrative) detailing the tortures they or others were subjected to in prison during the 39 years of the Islamic Republic.

The Iranian labor activist was also put under pressure by Iran’s security system to take back his torture claims.

Larijani said that “one interrogator’s alleged misconduct should not be blamed on the whole system.”

He also stated that Iranians should not spread such rumors as it is “in unison with the enemy”.

Civil rights activist Sepideh Qolian, who was arrested with Bakhshi tweeted today about how the Ministry of Intelligence had “investigated” the torture claims. Sepideh had also accused the regime of torture.

“On Monday I was summoned to the Ministry of Intelligence again. Two people who called themselves “investigative” agents asked me about what happened during my 30 days of detention and after my explanations said that what Esmail Bakhshi and I were saying about tortures were just delusions,” the young woman tweeted.

“They have ended their investigations. I have decided to present my explanations not to the agents but to the people. Speaking of torture is not just a description of a personal pain but rather an account of the systematic violence that security institutions use against prisoners. Denying or reducing it to the mistake of one interrogator is ludicrous and of course very painful,” she wrote referring to the statement by Iran’s Chief Justice who wanted to blame the whole thing on one interrogator.

“Just thinking about the 30 days of the violent and inhumane treatment still brings tears to my eyes and makes me tremble. During our arrest, Esmail Bakhshi tried to shield me from the agents’ beatings but he was beaten so badly himself, that he passed out,” Sepideh Qolian wrote backing the labor activist’s accounts of torture.

The civil rights activist said that Esmail Bakhshi was tortured and beaten so severely that during the first 10 days of her detention, she thought that he had died under torture.

Qolian also said that she could not eat nor tell whether it was day or night in the first 10 days. She said that she cried out until the agents became annoyed and took her next to an interrogation room where she heard the voice of the labor activist and was relieved to find out he was alive.

She also recounted the sexual verbal abuse, calling it worse than the physical torture.

“I wish that the only method of torture was the beatings. The most painful part was the sexual accusations that they bombarded me with in a place where I knew no one would hear even if I cried out.”

“On the last day, the interrogator told me that if I say anything when I leave prison they would broadcast the forced confessions that me and Esmail Bakhshi made on the news and that they will turn us into dust,” she wrote adding that she was humiliated and degraded because of the color of her hair and the style of her clothing.

Sepideh Qolian wrote that after her release, a person who introduced himself as a representative of the Shush Intelligence Agency accused her of “immoral” deeds among 5,000 workers and that her family were also informed of the accusations.

“Imagine what I’ve been through after my so-called release in a small town with a traditional culture trying to invalidate those claims,” she wrote.

The civil rights activist also said that Esmail Bakhshi was degraded and humiliated and was forced to use profanity against himself in front of other people.

“I’m willing to testify to the tortures against myself and my brother Esmail Bakhshi in a fair trial,” the young civil rights activist added.

After Iran’s Ministry of Intelligence rejected the torture accusations, Heshmatollah Falahat Pisheh, the head of the National Security Commission in Iran’s parliament, the Majlis, also announced that the issue would no longer be seen to in the Majlis.

“This Haft Tappeh Sugarcane worker has links to the Communist Labor party and clashed with agents upon his arrest,” the MP said adding that a video was shown to the members of the National Security Commission showing Bakhshi “confessing”. 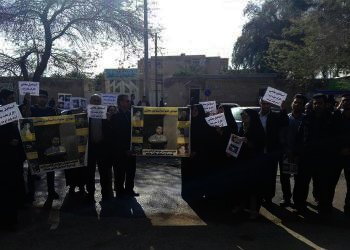 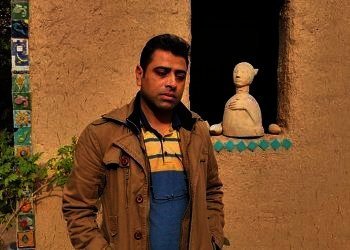 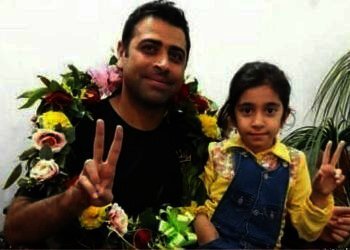 40 years of torture - Report on torture in Iran