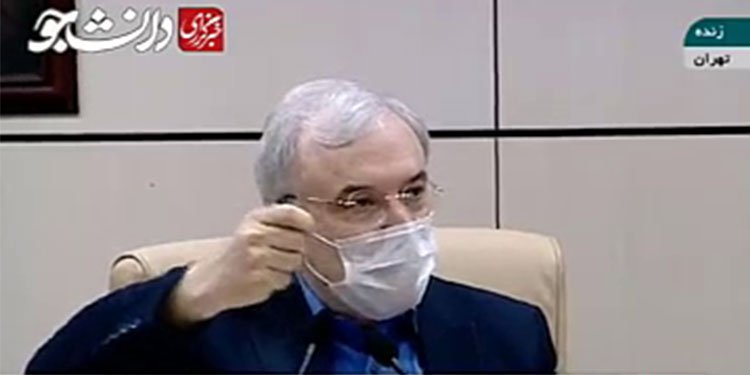 Iran’s Minister of Health Saeed Namaki told an emergency meeting of the Coronavirus Headquarters in Tehran that Iranians would “revolt” against the regime due to poverty.

“In the duality of livelihood and health, the Minister of Health, who is only supposed to pay attention to health, had to pay more attention to livelihood conditions,” Saied Namaki said yesterday.

He blamed the country’s problems on sanctions adding that they had no way of supporting the people during the COVID-19 epidemic that is killing at least 200 Iranians everyday.

Namaki warned Iranian officials that if they did not think about solving the country’s economic crisis, Iranians would revolt against the regime.

“The security reports are also sent to me. The fact that the people will turn to rebellion due to poverty is very serious,” he said.