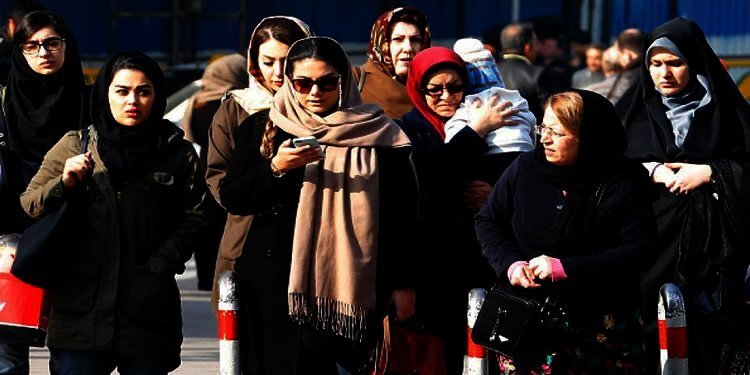 Iran has stepped up the suppression of civil liberties in the past few months, introducing new plans to deal with what it deems “unchaste” and “improper”. The new wave of suppression especially targets emboldened Iranian women who refuse to follow the regime’s strict dress code and compulsory veil.

Yesterday, Iran’s Chief of Police cited the “Observer One” plan, enforced against women who refuse to don the veil in their cars in comments carried by the IRNA state-run News Agency.

Hossein Ashtari said that 3,000 text messages had been sent to these women, adding that only 150,000 of them came to the police to commit themselves to not repeating their conduct. This shows that despite the fact that Iranians are completely aware of the compulsory veil laws in Iran, 3,000 of them refused to wear it in their cars and from these, 150,000 did not even bother to show up at police stations despite getting warnings from the police.

Iran’s Chief of Police criticized the 32 organizations and said that because they did not do their duty, “we are witnessing a surge in abnormalities in the society”. Regime officials frequently use the term “social abnormalities” to cite the normal conduct of citizens, considered civil liberties in other countries.

Ashtari also cited 26 systems charged with controlling “chastity and the hijab”. It would seem that these 26 organizations are responsible for cracking down on women.

Again, another sign of the regime’s weakness in controlling Iranian women, who refuse to bow down to the religious clerics forcing their own brand of Islam on them.

The Chief of Police also warned Iranian women that “not wearing the veil is a crime”, adding that “cars were not considered private areas” and therefore women could not take their veil off inside them.

The video of the incident, widely circulated on social media, showed the un-uniformed police officer brutally pulling a young woman by the hair before throwing her in a police car. Other people on the scene, mostly other girls, are heard screaming and calling for the police to “leave her alone”.

Iran says some of 17 detained “CIA spies” will be hanged

Iran says some of 17 detained “CIA spies” will be hanged