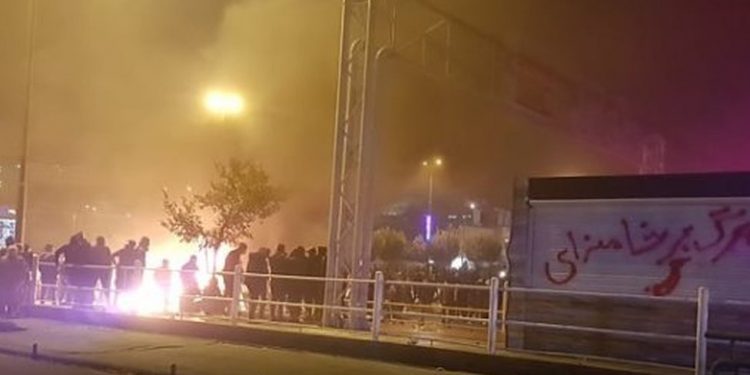 Iran’s state-run media warned that Iranians’ widespread mistrust of the regime would turn into nationwide protests because the regime was ignoring the people’s demands. Speaking to Ensaf News website, Saeed Hajjarian, an Iranian “reformist” political strategist, said that Iranians had a right not to trust the government.

The former intelligence officer who took part in the US embassy hostage crisis as a student in 1979 criticized former Iranian President Ahmadinejad and current president Rouhani for their “lies”.

“I have said many times that lying is one of the main causes of our abnormal situation and distrust is one of its consequences,” he said.

“People who are kept in line for 25 grams of butter should tolerate these things and trust them?” he told Ensaf News.

The former presidential political advisor said that the first seed of distrust was planted right after the revolution in 1979.

“The result is a shrinking state that not only does not represent all the people but does not even represent its founders and officials,” Saeed Hajjarian said.

He said that Iranians were so miserable and dissatisfied that they “preferred labor jobs in the UAE and Kuwait to citizenship in Iran”.

Hajjarian cited widespread poverty in Iran and said that many people could not provide their daily calorie needs let alone live a normal life.

“Despite this, these people are still expected to trust the (regime)!” he exclaimed.

Hajjarian said that Iranians “distrust” was widespread, and that people even thought that the power or water departments were “looters” because they “changed the bills”.

The strategist said that Iranians whether young or old disliked clerics and that most did not distinguish between clerics who were affiliated with the government and those who were not.

He also referred to the hasty execution of wrestling champion and protester Navid Afkari and said that the regime “was very thoughtless” in his execution.

He said Iranians did not trust’ the regime and thought Navid was killed under torture which led to his hasty execution.

“Subverters” will take advantage of split between government and people

“The subverters will dwell in this split and will allow themselves to try to overthrow the government and take power,” Bijan Abdolkarimi added.

Referring to the major protests in November 2019 which shook the country, he said “we will definitely see more of these protests” in the future.

“I think the political power in the country has not been able to meet the people’s demands,” Abdolkarimi added.