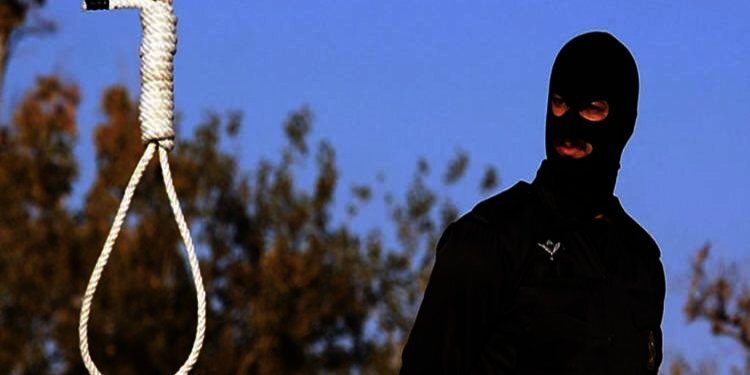 According to a human rights group, the Tehran Revolutionary Court sentenced an MEK activist and supporter to death.

According to the sentence, Abdollah Qasempour was sentenced to death and eight years of prison on charges of “enmity with God by membership in, endorsement of and cooperation with the People’s Mojahedin Organization of Iran”.

The Court accused 34-year-old Abdullah Qasempour of filming the incident and sending the video to media affiliated with the MEK.

Qasempour has been detained in section 8 in Evin Prison for close to a year.

The report said that three others identified as 32-year-old Mohammad Hossein Qasempour (Abdullah’s brother), 30-year-old Alireza Habibian and 34-year-old Akbar Dalir were each sentenced to five years and six months of prison for “gathering and conspiring” against the regime.

They are currently being kept in Evin Prison’s section 4.

The four prisoners were detained on May 21, 2018, by security forces in Tehran and were transferred to the notorious Evin Prison. They were kept in a state of limbo for close to a year before being tried.

This comes after Iran’s intelligence officials announced that dozens of MEK supporters were arrested last year.

On April 19, Intelligence Minister Mahmoud Alavi said that numerous teams affiliated with the MEK were arrested.

“Over the past year, intelligence forces managed to identify… 116 cells linked the Monafeghin (a derogatory term for the MEK),” Alavi said.

The “116 cells” are organized supporters of the PMOI (MEK) called “Resistance Units”.

Following this announcement, the Secretary-General of Eastern Azarbaijan’s Intelligence Department said on April 24 that 110 MEK supporters were detained and that the regime had cracked down on them in 2018 in the northwestern province.

Founded in 1965, the MEK or PMOI is the largest organized opposition to the Iranian regime.

In 1988, the Iranian regime executed around 30,000 of its members and supporters in prison after show trials that lasted a few minutes. The 1988 massacre of political prisoners, as it is called, was ordered by the regime’s founder, Ruhollah Khomeini.