The Iranian regime’s Supreme Leader gave a speech during Friday prayers in Tehran on January 17, following several days of publicity and after scores of people were transported from across the country to the capital with promises of free food and insurance.

Disregarding the consequences of the two-month-long protests and other crucial events in his sermon, Khamenei put great effort into boosting the low moral of the regime’s suppressive forces who are worried about the regime’s survival.

It was the first time in eight years that Khamenei performed Friday prayers. In his remarks, Khamenei emphasized that he had an “adventurous and extraordinary two weeks”. While trying to portray all the fatal blows of his “adventurous two weeks” as victory and effects of God’s power, he refused to answer about the shootdown of the Ukrainian passenger plane by the Islamic Revolutionary Guards Corps (IRGC). Khamenei did not even apologize to the devastated families of the victims of the downed passenger plane and even went on to thank the Guards.  He also condemned protests by angry Iranians who took to the streets blaming the Supreme Leader for the plane shootdown.

It would seem that Khamenei was also angry that the plane shootdown overshadowed the death of Quds Commander Qasem Soleimani. In his opinion, the lives of 176 people were not important, and only acted to outshine the “million strong” population that participated in Soleimani’s funeral. He even failed to mention or express regret that at least 78 people, crushed by mobs at Soleimani’s funeral, passed away in Kerman, Soleimani’s hometown and place of burial.

Widespread protests by Iranians and students was the most important event that Khamenei failed to mention. Especially since protesters chanted specifically against him and called for his death and downfall. The Supreme Leader also described Iranians who chanted “No to Gaza and Lebanon; My life is only for Iran” as being deceived.

He cited the widespread hatred of Iranians towards the regime’s now dead chief terrorist and described them as “the few hundreds who insulted Soleimani’s image”. Khamenei went on to call them “the enemy’s agents”.

He once again expressed sorrow over the killing of Soleimani, the regime’s second most powerful man.

“Soleimani is literally the most powerful counter terrorist commander in the region,” he said.

Khamenei said the recent move by Europeans to refer the regime’s nuclear case to the Security Council and to use the trigger mechanism to impose international sanctions was to overshadow Soleimani’s funeral.

By attacking the three European countries and calling them enemies, he pushed Europe further towards the international community’s consensus against the regime. He sent out a disappointing message to governments still harboring hopes that the regime would change its behavior.

The Supreme Leader praised the Quds Force, calling them “warriors without borders”. Interestingly, Khamenei once again emphasized the regime’s strategy of using the Quds Force in regional countries to ensure the security of the regime inside Iran, against popular protests.

Khamenei’s stance in the Friday sermon was not unexpected, but even the most optimistic people can no longer hope to find some sort of solution within the existing framework that would respond to the demands of the Iranian people.

The automatic consequences of the current status quo in Iran is an increase in rising anger and protests and the continuance of the maximum pressure campaign in the international level. Especially since the European Union has also realized that ultimately, the only option is to stand with the US to confront the regime’s nuclear, missile and regional policies.

The fact is that Khamenei once again chose to continue his hardline approach towards protests in Iran and the international community.

His January 17 sermon only proved that the regime is in a deadlock and that its leader does not have the power nor the will to take the initiative and find a way out. 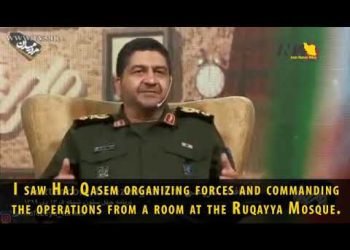