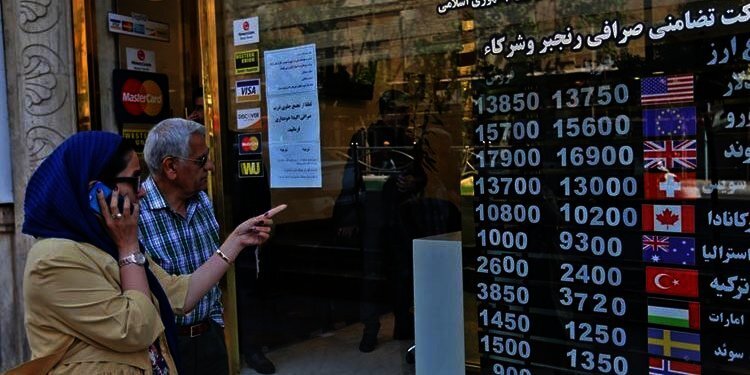 “In the year that passed, the people really know what happed in the country’s economic and political scene after the mid-summer of 2018”, he said citing last year’s popular protests in summer.

Iran’s Central Bank chief said that he had lost sleep thinking about what to do about the economy.

“I would wake up at two in the morning thinking about what to do. There’s a lot of psychological pressure”, he said.

Iran’s Central Bank chief also said that Hassan Rouhani’s initiative in a bill submitted to Majlis to slash four zeros from the Iranian national currency would better the economy.

“Some friends sometimes say that (slashing four zeros) has no effect on economic growth, inflation, the banking structure and so on. We know all this. Did we say that it had an effect?” Hemmati said.

In addition to this, 45% of Isfahan’s Steel Company, one of the biggest industrial hubs in Iran and the Middle East, is on the verge of closing down.

According to the deputy head of the Isfahan Steel Company, the empty capacity of the steel company is about 45%. To use its total capacity, about 6.5 million tons of granulated iron ore would be needed.

“There is enough iron ore in the country right now, but unfortunately the exports that are currently being made have left a large part of the steel industry, including Isfahan’s steel mill, empty”, he said on August 28.

In their latest Global Economic Prospects report, the World Bank put Iran at the bottom of its 2019 economic growth (Gross Domestic Product) country rankings, only ahead of Nicaragua.

The World Bank said that Nicaragua’s growth would be 5 percent negative and the second worst case would be Iran.

The International Monetary Fund’s forecast has estimated that Iran would face a 6 percent negative growth in 2019.

The main reason for Iran’s negative growth cited in the report is U.S. sanctions, especially the ban on Iran’s oil exports, which blocks off the country’s revenues and the ability of its government to finance projects and pay for subsidies.

Another economic challenge for Iran was the devaluation of the rial which fell from around 4,700 tomans against the dollar at the beginning of last year to around 18,000 by fall.

The Iranian regime is fighting a losing battle, made worse by angry Iranians who have had enough of the regime after 40 years of state corruption and growing poverty.