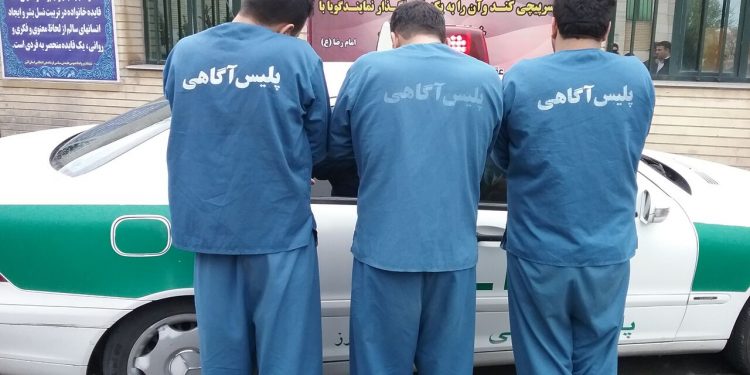 According to an employee of Iran’s Police Criminal Investigation Department, “investigators” systematically torture suspects into giving confessions, later used as evidence in court.

The report, published by Iran Wire, said that an employee at one of the branches of Iran’s Police Criminal Investigation Department sent a “message” to the website after the execution of wrestling champion Navid Afkari. The 27-year-old protester said that he was tortured at the Shiraz Police Criminal Investigation Department in southwestern Iran to confess to a murder he had not committed.

The employee said that he “wanted to briefly explain the procedure for investigating murder cases” to allow for a better understanding of what Navid went through.

“According to the laws of the Islamic Republic, the most important evidence for proving a person’s guilt is confession; That is, confession is the highest court-friendly evidence. When there is a confession, they do not cite any other evidence,” the Police Criminal Investigation Department employee said.

“When there is a confession, they no longer need CCTV footage or eyewitness accounts,” he added.

He said that when a murder suspect was brought to Iran’s Police Criminal Investigation Department, he must be interrogated. The Prosecutor, the Intelligence Agency, or the IRGC request that some of the suspects be “treated harshly”.

“Navid Afkari was in this category because of his participation in 2018 protests,” he added.

After the suspect is transferred to the Criminal Investigation Department, the prosecutor issues a temporary detention order for interrogations.

“This order allows agents to subject the suspect to the most severe physical and mental harassment for several months until the person gives a false confession to end his agony,” he added.

According to the informed source, the suspect thinks that he can later prove he was tortured to make false confessions.

“But it is useless. Because after the confession, the interrogator, or the officer in charge of the case forces the suspect to play out the scene of the crime. They make a documentary of the scene and it is included in the suspect’s dossier as a flash disk or CD,” he said.

Despite the fact that confessing under torture is not credible evidence even according to laws of the Islamic Republic, many people have been forced to confess to crimes they have not committed and are then given heavy prison terms or are executed based on those confessions.

The employee said that after seeing the testimony about Navid’s torture, he became positive that he had confessed to murder under torture.

The testimony was made by Navid’s cellmate in Shiraz’s Adel Abad Prison. According to a new report, Shahin Naseri was transferred from Adel Abad a day before Navid’s execution on September 12. He is now in the custody of the Intelligence Police and there are serious concerns that he is under torture.

According to a lawyer who spoke to Iran Wire, due to the lack of workforce in Iran’s Police Investigation Departments, and a lack of training in actual scientific crime investigation, the police usually turn to confessions and testimonies.

Mousa Barzin Khaliflu said that if the suspect confesses, they announce the end of interrogations and hand over the case to the Judiciary.

According to the lawyer, since everyone that is brought to the Police Investigation Department is considered a criminal, beating and torturing them is considered the norm.

“I had a case in 2011 in which a suspect was tortured in a Police Investigation Department to the extent that his hands had become paralyzed. As his lawyer, I filed a complaint against three of the agents at the Department,” Khaliflu said.

When he asked one of the agents about the reason behind the torture, he said “we do not have time here” and that “you have to beat confessions out of the suspect and then send them to court.”

“We don’t have time to spend a few months for each case,” the agent told him.

Torture in Iran is not only limited to criminal cases. Political prisoners are also tortured as punishment in Iran’s prisons.