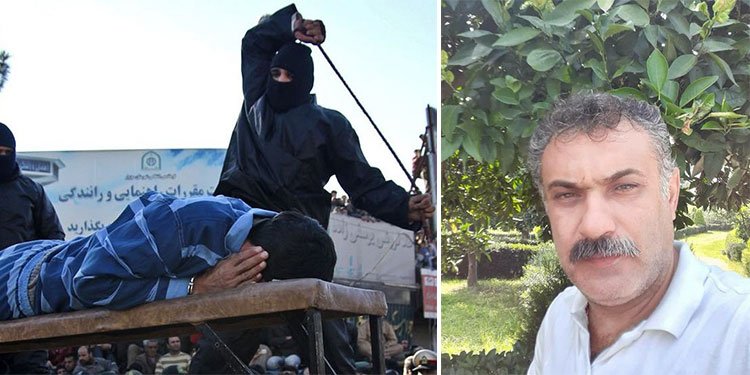 The Iranian regime lashed a Tehran labor activist before detaining him to serve his prison term today and sentenced three others to flogging in the central province of Isfahan.

A Tehran Revolutionary Court had previously sentenced Rasoul Taleb Moghadam, a member of the Sherkate Vahed Tehran Bus Union, to 74 lashes, two years of prison, two years of exile to the northeastern province of Southern Khorasan and a two-year ban on membership in groups and using his cellphone.

The report, published by the Human Rights News Agency, said that the Tehran bus driver was immediately taken to Evin Prison after being lashed 74 times despite his poor condition.

Taleb Moghadam was detained in a peaceful Labor Day gathering in 2019. He was then charged with “spreading propaganda against the state” and “disrupting public order” by the Revolutionary Court.

According to another report from the central province of Isfahan, three people who were accused of stealing a statue from Isfahan’s Darvazeh Dolat Square were sentenced to flogging.

The three people were sentenced to prison and 74 lashes each. The sentence can be appealed.

The regime regularly hands out flogging sentences to protesters and dissidents and to those charged with adultery and theft, among other things. Flogging is a cruel and degrading punishment and is tantamount to torture.