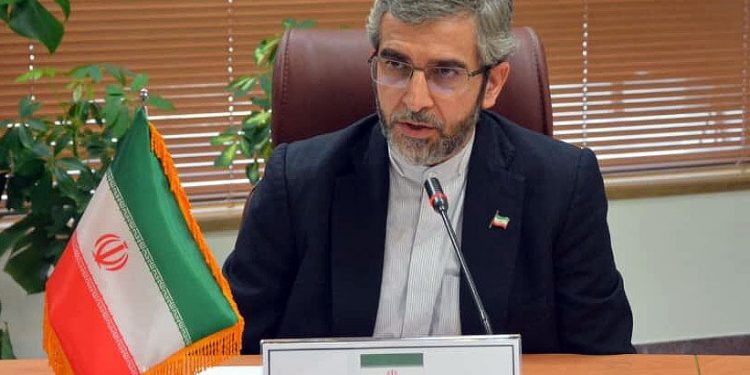 The Secretary-General of the Iranian Judiciary’s High Council of Human Rights said that its human rights “achievements” must be presented to the world. In remarks carried by the state-run IRNA News Agency, Ali Bagheri Kani said that the regime’s criteria for human rights differed from what was “claimed to be human rights in the West”.

Disregarding international human rights standards, he said that “secular and liberal lifestyles” differed from what he called the “religious lifestyle” of Iranians. His remarks come even though Iranians have made it very clear during nationwide protests that they do not want the clerical regime’s religious rule.

“We don’t want an Islamic Republic” and “the rule of the mullahs” is one of the most popular chants during protests.

The head of the Judiciary’s High Council of Human Rights said that Iran should present its “human rights achievements that are based on religious and traditional methods to the world”. Citing recent criticism of the regime’s Judiciary by the international community, Bagheri said that the “Westerners used human rights as a tool” against the regime. He also criticized the UN’s Special Rapporteur on Iran for his “political motives”.

He also said that Iran had set an example regarding its human rights policies in prisons. Bagheri said that the families of prisoners should not be concerned about the “security, wellbeing, comfort, and vitality” of their loved ones in Iran’s prison.

Iran’s Chief Justice Ebrahim Raisi, notorious for his active involvement in the execution of thousands of political prisoners during the 1988 massacre in Tehran, is known for his heavy hand against Iranian dissenters. Since his appointment by the regime’s Supreme Leader as Chief Justice in March 2019, the Judiciary has cracked down on dissent more than before and has handed down dozens of death sentences to political prisoners.

In the most recent and well-known case, wrestling champion Navid Afkari, who was detained and sentenced to death for his role in the 2018 protests was even denied the customary last visit with his family before he was executed on September 12. An Iranian prisoner who testified in court that Navid Afkari was tortured to confess to a murder he did not commit was also transferred into the custody of intelligence agents without the knowledge of his family or lawyer.

A recent report in late September said that “investigators” of Iran’s Police Criminal Investigation Department systematically tortured suspects into giving confessions, before handing them over to the Judiciary.

Another report said that at least 20 prisoners in a prison in northwestern Iran had attempted suicide because of the prison’s horrid conditions.

Human rights websites reported today that some 45 Sunni prisoners in Karaj’s Rajaie Shahr Prison near Tehran who have contracted the coronavirus were being denied medical care and admittance to the hospital. The report said that prison authorities had also refused to provide medicine and oxygen capsules to sick prisoners who were being held in of the prison’s sections.