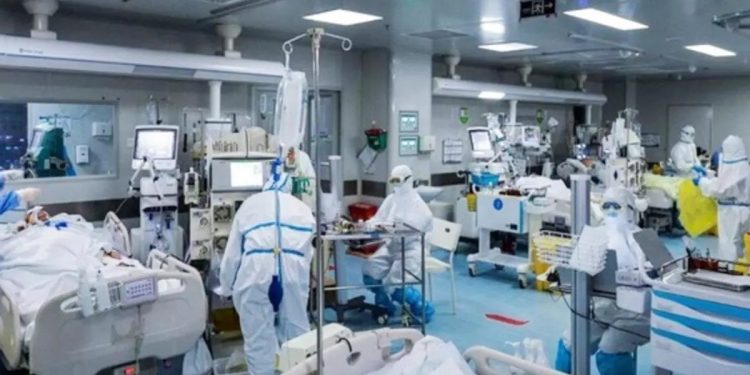 The General Director of the Medical Council of the Islamic Republic of Iran, Mohammad Reza Zafarghandi said Iran was considered in the top five countries in terms of the COVID-19 death rate. He said the Medical Council would establish a national committee to investigate the high death rate in Iran especially among medical workers.

Zafarghandi expressed concern over the high death rate, adding that medical researchers should investigate the reason behind the high number of casualties in ICU departments, and share their results for further decisions.

Speaking to the state-run Hamshahri daily, Nahid Khodakarami, a member of the Medical Council and the Head of the Tehran City Council Health Committee said that until October 11, there were “14,104 COVID-19 deaths in Tehran.” She said the average daily death toll from COVID-19 in Tehran was between 140-200 people. The Tehran city council health official said 146 people lost their lives on October 10 alone.

Khodakarami criticized state authorities for not listening to COVID-19 estimates made by epidemiologists. She said that a two-week shutdown was necessary in the capital to control the deadly virus.

“It won’t work if we don’t fight the virus directly. No one should leave their home in the two-week period,” she added.

“The expenses needed for two weeks’ worth of food packages for some people is less that what we are spending for COVID-19 treatment right now,” she added. Khodakarami said 3 million people will need food packages in case of the two-week shutdown in Tehran.

Iraj Harirchi, Iran’s Deputy Health Minister, said on state-run TV today that the real statistics of COVID-19 victims was 1.5-2.2 times more than what is officially announced.

The National Council of Resistance of Iran, an opposition group that accuses the regime of lying about the number of deaths, said that the death toll on October 14 was well over 123,100 in 458 cities, more than three times the official figures.