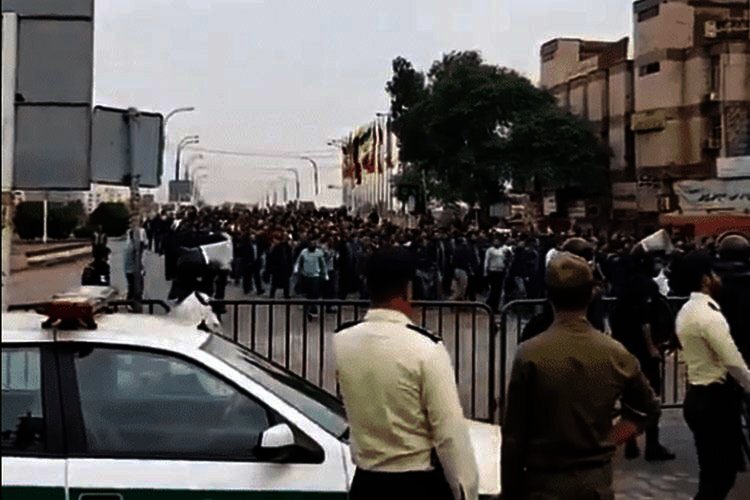 Iran National Steel Group workers who gathered and marched outside the Khuzestan Governor’s Office today for the 15th consecutive day were met with force.

The workers who started their gathering at 9 am in protest to months of unpaid wages and production issues at the company chanted, “down with the deceitful government.”

Riot police blocked the protesters’ path when they tried to cross Naderi Bridge, one of the main bridges over Karoun River, who came out in full force to prevent them from marching in the city.

Videos on social media showed riot police attacking the workers and there were reports that a number of them with beaten with batons.

The Iran National Steel Group workers held their ground and were finally able to cross the bridge to continue their protests in the city.

The protesters were heard chanting, “don’t be afraid, we are all together,” in the videos.

In one of the videos circulating on social media, a worker addressed and mocked riot police.

“There’s no need for you to protect us. We can protect ourselves,” the worker who was identified as Karim Siahi said.

Despite being attacked by riot police, the workers of the Iran National Steel Group were adamant to fight for their rights and vowed outside the Governor’s Office that they would continue their protests until they received their unpaid wages and until the company resumed its normal productions.

"To the state police, if you have batons, don't use it against us, use it against the mafia that has deprived us of what is ours"#IranProtests pic.twitter.com/NhJMDOVDiW

The last of round of protests by the Ahvaz Steel workers was in June when more than 50 workers were detained by security forces. They were demanding three months of their unpaid wages.

According to labor unionist, four of the detainees were brutally beaten after being taken to a detention center for suspects arrested for drug offenses.

“One of the workers was beaten to the extent that he suffered a hemorrhage, but the authorities did not make an effort to transfer him to a medical facility,” the Free Workers Union of Iran stated in June.

According to the FWU, another detainee was shot with a Taser gun while in custody.

Reports indicate that almost all of detained workers were later released on bail after other workers demonstrated for their release.

The Iran National Steel Industrial Group, a lucrative complex established in 1967 during the Shah’s reign, has a 4,000-strong workforce.

The factory soon became idle under the new owner and stopped paying its workers’ salaries, which led to numerous protests. Workers complained that Mousavi did not intend to keep the factory running, and alleged that equipment was being removed from the complex.

The state-run ILNA News Agency had reported before that 4,000 Ahvaz steel factory workers of the National Steel Group had been complaining for months about ambiguities regarding the factory’s ownership while also protesting about the situation of their unpaid wages and social security premiums. 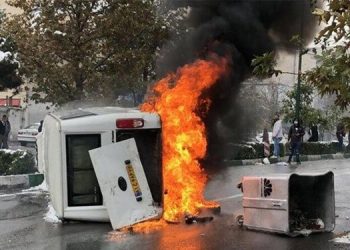