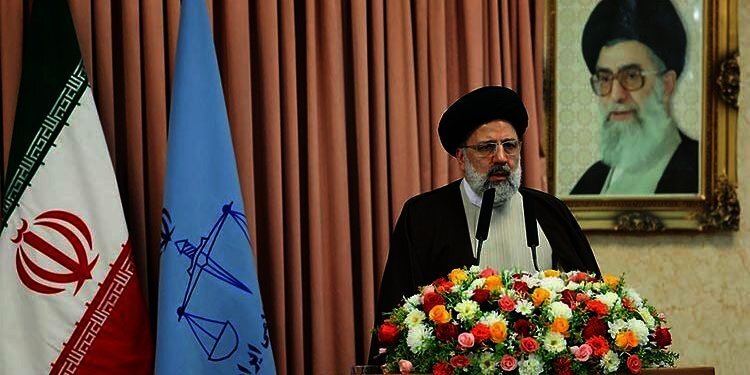 Iran’s Chief Justice said in a televised speech today that the regime’s “red line” was anti-government protests traditionally called “sedition” by the regime.

“We recognize protests and they must be heard and treated logically. But protests are different from sedition,” Ibrahim Raisi said during a Supreme Council session.

“Sedition and riots are the red line of the Judiciary and no one must be allowed to create insecurity in the country,” he added.

He also hinted at the recent widespread internet protests to the death sentence for three young protesters and said that it would not affect the Judiciary’s decision.

The notorious Chief Justice said that the millions of people who took part in the social media protests to stop executions were either “uninformed” or had “intention”.

Raisi said that the US, Israel, and the Iranian opposition, namely the MEK, were behind the protests adding that “they cannot create the slightest breach in the will of the judiciary to administer justice.”

At least 10 million tweets with the hashtag اعدامـنکنید (Do not execute) were posted by Iranians in the past few days after Iran’s Judiciary Spokesperson said that death sentences for three young protesters had been upheld by the Supreme Court.

The death sentences for Amir Hossein Moradi, Mohammad Rajabi and Saied Tamjidi had not been officially confirmed by the regime before that, although their lawyers had announced the confirmation by the Supreme Court.

Yesterday, one of their attorneys said that the Iranian judiciary had suspended the executions of the three men.

The Iranian regime uses executions to intimidate Iranians and discourage them from joining future protests.