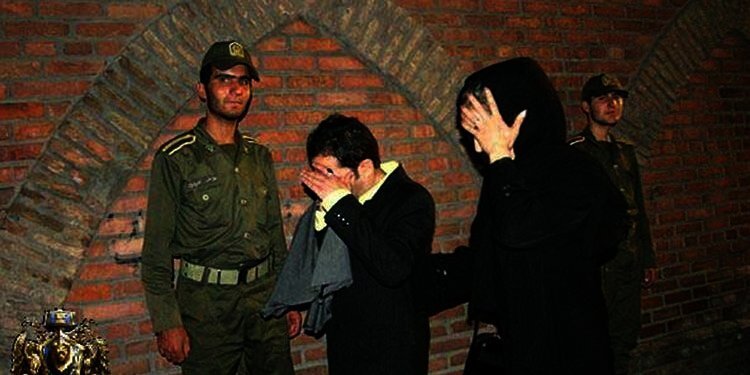 According to the state-run Fars News Agency, 10 of the detainees were women while the rest were men. The report said that some of the unidentified partygoers were from neighboring towns.

The Iranian regime interferes in the most private aspects of the lives of ordinary Iranians. This is while regime elites throw lavish parties in their private resorts without interruption.

Before this, Iran’s state-run media said that 52 people were detained on August 24 in a mixed gender party in Sari.

According to Fars News Agency, 29 of the detainees were men while the remaining 23 were women.

The news agency quoted a “source” as saying that the detainees were mostly young and that they had “extremely unsuitable appearances”.

Before that another 10 people were detained in another city in the north of Iran while the ceremony hall where the party was taking place was shut down.

Reports indicate that the Iranian regime has stepped up its crack down on civil liberties.

Kord Afshari stood trial on August 19 and was charged with “spreading corruption and prostitution by taking off her hijab and walking without a veil,” “spreading propaganda against the state,” and “assembly and collusion.”

Three other women were also sentenced to hefty prison terms for refusing to wear the compulsory veil.

Yasaman Ariaie, her mother Monireh Arabshahi and Mojgan Keshavarz, currently detained in Qarchak Prison near Tehran, were sentenced to overall 55 years and six months of prison.

According to article 134 of Iran’s Islamic Penal Code, if the sentences are finalized, 10 years of the prison terms for “encouraging and providing the means for moral corruption” will be implemented for each of the civil rights activists.

Iran sentenced more than 21 labor activists to lashes in August