Internal police report: At least 90 killed in one city in western Iran floods 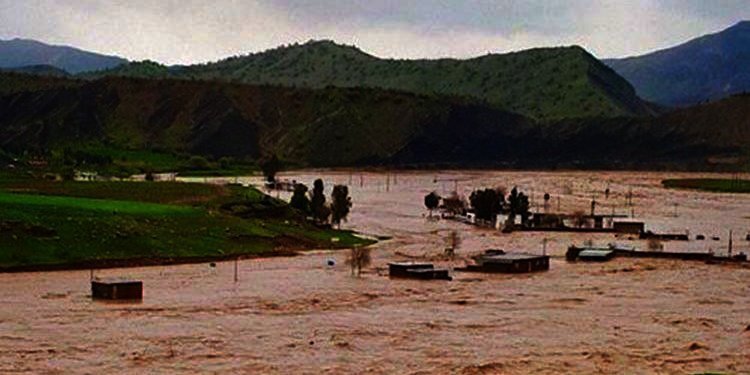 According to an internal police report, at least 90 people were killed when floods engulfed the western city of Poldokhtar in Lorestan province.

Despite this, the Commander of the Army’s Ground Forces told ISNA News Agency today that “there were no fatalities” reported in the floods.

Kioumars Heydari, who has been charged with relief efforts in Poldokhtar said that “the necessary equipment for relief aid to the people of Poldokhtar had been provided”.

According to the IRGC affiliated Tasnim News Agency, Heydari said that the conditions in Poldokhtar were “horrific”.

“The bridges and roads have been completely blocked off and homes in villages have been engulfed by water up to their rooftops,” he added.

Videos on social media from Poldokhtar showed some homes collapsing from the water pressure.

Local reports indicated that a number of families had taken shelter on their home rooftops for a day without food, water and aid.

The town is encircled by the Karkheh River from the south and became flooded when the river inundated and dams overflowed.

It is normal for the Iranian regime to hide the real numbers of fatalities in natural and man-made disasters.

This is especially true since Iranians blame the regime for the floods which are the result of years of environmental mismanagement.

The regime has even tried to intimidate the public from publishing real news on the floods. Iran’s Attorney General recently said that publishing “fake” news on the floods was a security violation adding that those who published such news would dealt with as “disrupting the security of the country”.

Local reports indicate that during the March 25 flash floods that ravaged the Quran Gate area in the historic city of Shiraz, more than 150 people drowned. Regime officials announced that only around 19 people lost their lives in the incident.

Why Iran’s floods are man-made

The reason behind Iran’s increasing floods is the deforestation of more 30% of the northern forests, the destruction of vegetation in pastures and fields, the lack of levees, and flood walls in flood areas, the lack of river dredging, the unnatural gathering of heavy sediments behind dams, broken dams, the unconventional building of villas in agricultural land which is mostly carried out by those affiliated with the government, and the construction on river banks and river areas.

Deforestation is carried out in full by the government with “33% of forests in Iran having been destroyed”, according to state-run media. That means that the 18 million of hectares of Iran’s forests have shrunk to just 12.4 million.

Salamat News state-run website also reported a few years ago that the main cause of floods was due to environmental damages.

“Floods are not only the result of natural disasters. It is rather the result of environmental destruction. They are the result of the changes made to natural lands, deforestation and the destruction of native vegetation. Reducing vegetation and changes in land will cause runoff from precipitation to increase by more than 30 times in some places,” the website wrote.

It’s obvious that these environmental damages are systematic and the result of government mismanagement.

Floods like other natural disasters are predictable and preventable and when it takes place, is controllable with the right infrastructure, necessary budget and technical management. But at the current rate, Iran will witness more destructive floods in the future.

Last October, Iranian state-run media reported that half of Iran’s northern forests were razed in the span of 40 years.

According to a member of the Iran Environment and Natural Resources Network Coordination Council, deforestation has destroyed half of Iran’s northern forests.

“According to the data of The Natural Resources and Forestry Organization, during the past 40 years, the area of the northern forests has gone from 3,600,000 to 1,800,000 hectares,” Massoud Molana said.

“When half of the forests are gone, the rain is no longer a blessing and turn into floods,” he added.

The environment official said that rain had decreased by 20 percent in the past 50 years while floods had increased by 50 percent.

“Rain is considered a disaster in northern Iran these days because trees have been cut down under the excuse of development, building schools, industry, roads and villas, and therefore, deforestation means flood water is directed better,” Molana added in comments carried by ISNA state-run News Agency.

“These are very large numbers and when in regard to a semi-arid country, it will lead to a huge catastrophe; We are apparently not able to understand the full scale catastrophe that our country faces, for if we did, we would not continue the spread (of deforestation) at full speed,” the website wrote.

“We are talking about the process of deforestation, which is so extensive that it can be seen,” wrote another Iranian website.

“The increase of construction on a day to day basis can be seen clearly by those who take various trips to the north of our country; the tragedy that had struck the coastal strip is now taking place at double the speed in the forest areas,” Vosaat website added. 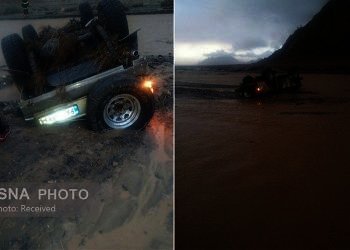 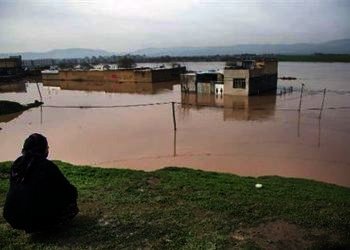