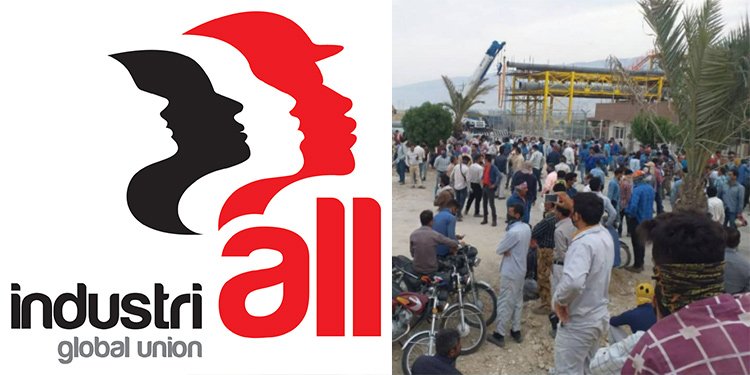 IndustriALL Global expressed solidarity with the strike action of thousands of Iranian workers across the country.

The union, which represents more than 50 million working people in more than 140 countries, said that the large scale, coordinated wave of strike action was unprecedented.

Thousands of Iranians workers have taken strike action since Saturday to protest the late payment of wages, poverty wages, insecure employment and poor working and living conditions as they battle 50-degree heat, especially in southern Iran.

The wave of strike action was triggered when Ebrahim Arabzadeh, a contract worker at Mahshahr petrochemical complex, died from heat exhaustion at work on 28 July.

“Iranian workers have proved time and again that no amount of repression will silence them. They will stand up for their rights and continue to protest until their voice is heard,” IndustriALL Global assistant general secretary Kemal Özkan said in the union’s statement yesterday.

“The workers in the gas fields are taking coordinated, strategic industrial action in defense of their rights. If they hold firm, they can win a substantial change. Iran will suffer industrial conflict until independent unions are recognized,” he added.

IndustriALL Global also cited strike action by workers of the Haft Tappeh Sugarcane Company. The sugarcane workers have been taking to the streets for the past 52 days to demand their unpaid wages, the return of workers expelled for protesting, and an end to the company’s privatization.