by Adena Nima
in News, Opinion
0 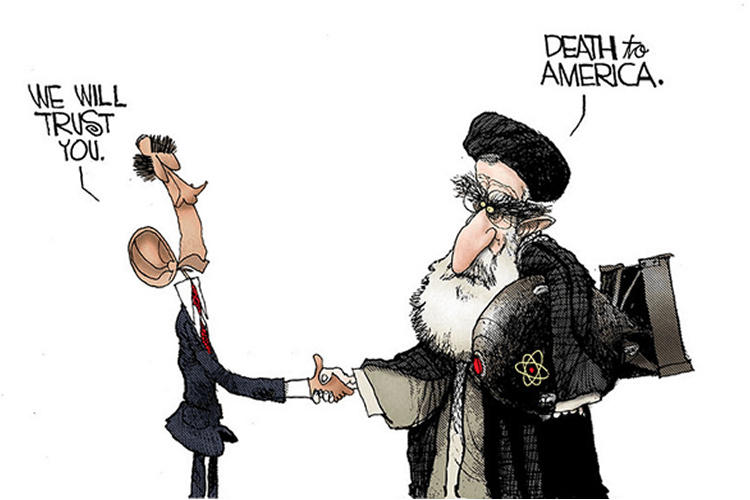 Iranian daily newspapers belonging to both moderates and hardliners are showing contempt and a reluctance to continue talks with Europe in the JCPOA during the Iranian President’s trip to Europe.

“In their political propaganda, Americans pretend to be managing a fundamental transformation in Iran”, the hardline Kayhan Daily wrote.
“The Americans, and in particular those who run the Trump administration claim that the Islamic Republic’s Achilles heel is the economy and economic inefficiencies, which is why they’ve pinned their hopes on recent high prices and introduce it as an indication of the collapse of the Islamic Republic’s economy”.

Citing oil exports and Trump’s recent request from OPEC to reduce oil prices, the hardline daily usually referred to as Khamenei’s mouthpiece wrote, “The United States is engaged in a psychological war on the issue of oil exports and the activities of Iran’s banking network and its purpose is to link this issue to the everyday lives of the people”.

“Some political figures have been discussing the US strategy on Iran citing three methods; regime change, containment and weakening Iran while some of them have claimed that Iran’s containment is better than regime change! These three methods have the same meaning and are not separate from each other since a weak establishment becomes containable and has no fate other than change”.

This suggests that although the regime’s media and propaganda is trying to show that all internal problems especially growing protests are related to an exterior factor, it’s clear from their statements that there is a realization that no matter the direction of international developments, the economic crisis and the contempt that the Iranian people hold for the regime have reached a point where economic sanctions could eventually lead to fundamental change in the regime.

Iran seeks solution to looming US sanctions with foreign trips