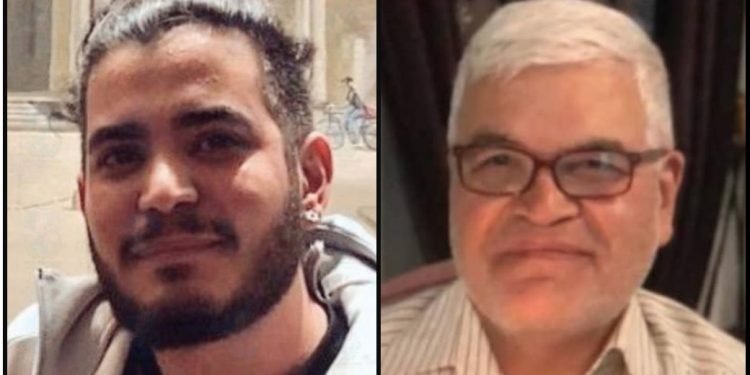 The father of a jailed political prisoner who has been sentenced to death for his participation in Iran’s November 2019 protests committed suicide and passed away. According to ROKNA state-run News Agency, Mohammad Moradi, the 60-year-old father of jailed protester Amir Hossein Moradi, died this morning in his home. The report said that he hanged himself in his basement.

Emteded, a “reformist” Telegram channel that operates from Iran, said that immediately after Mohammad’s death, security forces came to his home along with a number of people with cameras, who stayed “for a few hours”.

According to Mehdi Mahmoudian, a “reformist” journalist, they came to the house to extract “forced confessions” from the Moradi family.

Amir Hossein Moradi’s mother said that Mohammad Moradi was under severe pressure due to his son’s death sentence and that until his death, he constantly talked about his son and was extremely concerned about Amir Hossein.

Amir Hossein Moradi, was detained for his role in November 2019 protests that erupted all over the country after the regime tripled the price of gasoline overnight. Amir Hossein and two other protesters, Saeed Tamjidi and Mohammad Rajabi were sentenced to death by the Tehran Revolutionary Court.

Reports indicate that Amir Hossein Moradi was brutally beaten by security forces during interrogations after his arrest in November 2019.

According to a source close to his family, the 26-year-old political prisoner said he was subjected to electric shocks during interrogations and told that if he did not cooperate, his stay in solitary would be prolonged. He also said that an agent stood on his chest, damaging his rib cage.

After the Judiciary confirmed the death sentences of the three young men in June, Iranians took to social media channels with the Farsi hashtag اعدام نکنید, or “Do Not Execute”, tweeting the hashtag more than 10 million times. US President Donald Trump also used the hashtag in a tweet to support the death row protesters.

Due to international protests, the lawyers of the three men announced that the Supreme Court had agreed to review the death sentences.

Despite this, Emtedad said that the Moradi family was under “mental pressure” during this time and that the family was kept in a state of limbo about the death sentence.

An informed source told Human Rights in Iran website that the Intelligence Agency had summoned Amir Hossein Moradi’s mother and brother after Mohammad’s death, threatening them to keep silent. They were told that they would be arrested if they talked to the press.

“Since Amir Hossein’s arrest and death sentence, his parents have been in poor mental health. His father was under severe mental pressure,” the source told Human Rights in Iran.

There are currently at least nine Iranian protesters languishing in prison who have been sentenced to death. The regime hanged Mostafa Salehi, a protester and father of two in Isfahan, central Iran in August, and recently hanged Navid Afkari, a wrestling champion in Shiraz, southwestern Iran.