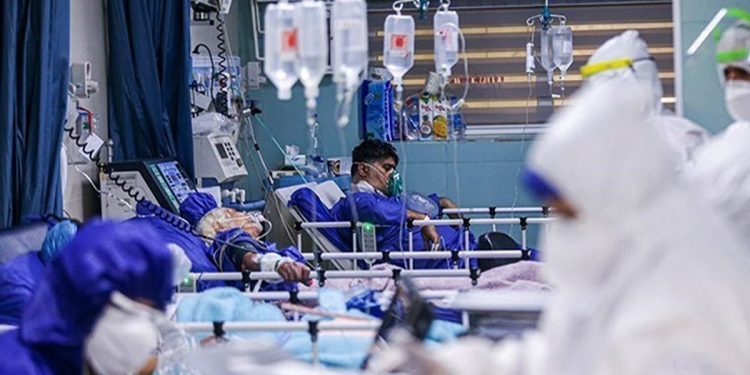 With 1% of the world’s population, Iran has 3.3% of global COVID-19 deaths, higher than the world average, a professor and epidemiologist at Iran University of Medical Sciences said. According to a report by the state-run Mehr News Agency, Abbas Motavalian said this calculation was based on officially announced positive test results, but stressed that the actual numbers of infections and deaths were much higher.

Iran’s Health Ministry put the death toll at 51,728 today. This is much lower than the figures announced by the National Council of Resistance of Iran which announced today that 182,500 Iranians had died from the virus.

In October, and Iranian official said Iran was in the top five countries in terms of the COVID-19 death rate.

In November, a health official said a third of Iran’s healthcare workers were infected with the deadly COVID-19 virus. Iranian nurses are working around the clock and many have not seen their families for months. Many nurses and health care workers have requested to leave the country  in the past months.

Many healthcare workers are forced to come to hospitals and work in two or three shifts even when they have tested positive for COVID-19.

While Iranians are suffering from the spread of the deadly COVID-19 virus, Iran’s President Rouhani has blamed US led sanctions for his government’s inability to acquire vaccines.

The Head of Iran’s Drug Importers Union has denied such claims and said yesterday that the country’s pharmaceutical needs were being imported monthly, and that there were no problems in transferring money.

A spokesman for the Covax global vaccine program told the Washington Post that Iran has received a U.S. government exemption to procure vaccines.