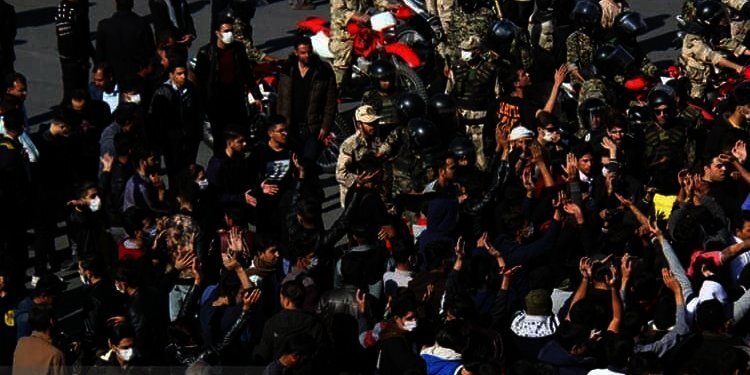 Around 420 protesters, detained in Tehran and Alborz province, have been transferred to Rajaie Shahr Prison’s Section 8, which is controlled by the Intelligence Ministry.

The report said that protesters were forced to take off their clothes and were then beaten for hours with cables, whips and batons.

Protesters were also soaked with water at nights before being brutally flogged and beaten.

According to Iranian officials, around 7,000 protesters were detained after taking to the streets to protest the tripling of gasoline prices. The arrests are still ongoing.

There were previous reports of Iranian protesters under torture in Shiraz’s Adel Abad Prison in southwestern Iran.

Human rights groups have also reported that protesters were under severe torture in the notorious Fashafuyeh Prison in Tehran, with reports of rape, sexual violence and the intentional breaking of bones by IRGC intelligence agents.

Torture has been carried out systematically during the almost 40 years of the Islamic Republic of Iran. It is one of the most basic methods of survival for the Iranian regime.

Iran’s nationwide protests started after the regime tripled the price of gasoline on November 15. Angry protesters torched hundreds of banks, seminaries, offices of the representatives of the regime’s Supreme Leader, and IRGC and Bassij bases.

Iranian protesters chanted against the Supreme Leader and called for the “mullahs to get lost”.

Following the protests, Supreme Leader Khamenei called protesters “thugs” in a televised speech. During the next few days, the regime mobilized all its forces against protesters, opening fire on gatherings of more than 10 people in some parts of Iran. 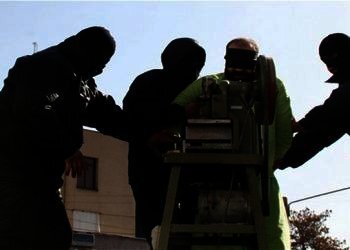