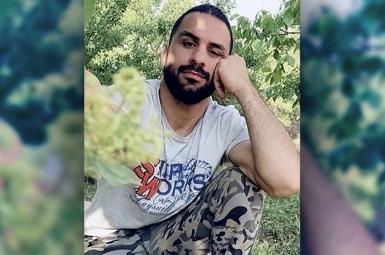 The lawyer of Navid Afkari, an Iranian protester sentenced to double executions, said that the evidence brought forth by the regime against his client was faulty. This came after a news agency affiliated with Iran’s Judiciary wrote an incriminating report about the 27-year-old wrestling champion.

Mizan News Agency wrote that Navid Afkari had killed “an employee of the Shiraz Water and Sewage Organization” in southwestern Iran. The report cited a security camera video and his confessions under torture as the main evidence against Afkari.

In an interview with the state-run ILNA News Agency, Navid’s lawyer Hossein Younesi, said that the Mizan report “did not state the exact legal aspects” of the case.

“It is claimed that there is a video that shows the murder by the defendants. Such a video does not exist and no such video was put forth as evidence in court,” he added.

Younesi said that the only CCTV video that was used as evidence was filmed one hour before the murder and showed that one of the defendants was at the scene.

“Of course, the defendants do not deny their presence and said from the very beginning that they were there for cellphone repairs,” Navid Afkari’s lawyer said.

Younesi also cited the so-called testimonies of Navid Afkari and said that they were made under torture.

“We presented evidence that his confessions were made under pressure to the Supreme Court, but they were not accepted,” he added.

The lawyer said that he hoped his clients’ request for retrials would be accepted.

Hassan Torkeman, the “employee” killed by Navid Afkari according to Mizan was dubbed as a “security agent” by Iranian media at the time of his death in the summer of 2018.

Social media reports at the time said that Torkeman was killed by agents according to a source in the IRGC Shiraz Intelligence Department.

“On Thursday evening (August 2, 2018), Hassan Torkeman, a member of the Protection Agency of the Shiraz Water organization and a former IRGC and intelligence agent, was stabbed to death by two unknown individuals on his way home. A source in the Shiraz IRGC says that the murder case of Hassan Torkeman has been classified.  According to this source, Hassan Turkman protested the beating of a young girl on Thursday during the suppression of the protests and argued with an intelligence officer. Mr. Torkeman said he was not willing to attack the people who had taken to the streets out of hunger,” Ava Today wrote two years ago.

“Eyewitnesses told the intelligence officers that the two masked assailants, riding a motorcycle that fit the description of motorcycles used by security forces and special forces, killed Hassan Torkeman with a knife, and left the scene very calmly. It was clear that the assailants knew the exact address of Hassan Torkeman’s residence, and that the murder was very professional.”

The details of Hassan Torkeman’s assassination were not reported by Iranian media at the time and the Monafeghin (MEK), monarchists, Saudi Arabia, and Israel were vaguely accused of the murder.

Navid Afkari's plea to the international community: Be my voice