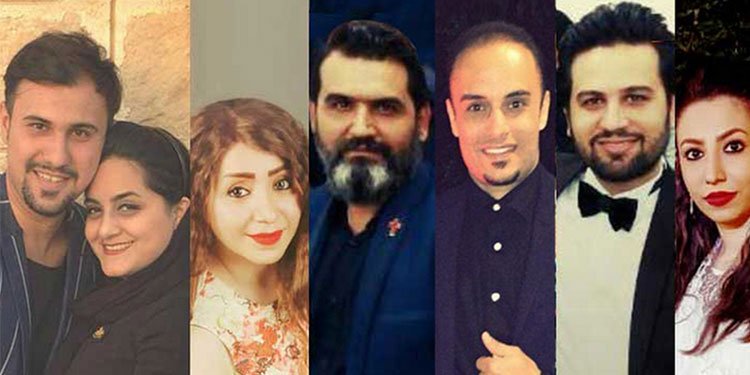 A Revolutionary Court in southern Iran sentenced seven Iranian Christian converts to prison, exile, a financial penalty, and a ban on work and social activities.

The seven men and women were sentenced by a Revolutionary Court in Bushehr on June 21 for “spreading propaganda against the state”.

The “evidence” brought against them for their conviction was the possession of Christian books and symbols, holding home church sessions, and being in contact with Iranian “evangelists” abroad.

Sam and Sasan Khosravi were each sentenced to one year of prison, and a two-year ban on living in Bushehr Province. The two Christian converts were also banned from working in residential centers, their current occupation, for two years.

Maryam Fallahi was fined 80 million rials (around $388) for converting to Christianity and was permanently barred from working in public services. If the sentence is finalized, Maryam will be forced to leave her nursing job of 20 years at a hospital in Bushehr due to her religious beliefs.

They have 20 days to appeal the sentence.

According to the report, the Iranian Christian converts were detained by the Bushehr Intelligence Agency on July 1, 2019. They were kept in solitary confinement without any access to their lawyers and were forced to make “confessions” in front of cameras.

At the time of their arrest, security forces raided their homes at 9 am, confiscating their books, pamphlets, and personal belongings such as laptops, smartphones, IDs, and credit cards. They checked the offices of at least two of the Iranian Christians, taking with them computer hard drives and CCTV footage.

They were temporary released after two weeks on a 200 million toman bail (around $ 9,709).

The Iranian Christians were previously convicted of “acting against national security” and “membership in opposition groups” but were later acquitted from these charges.