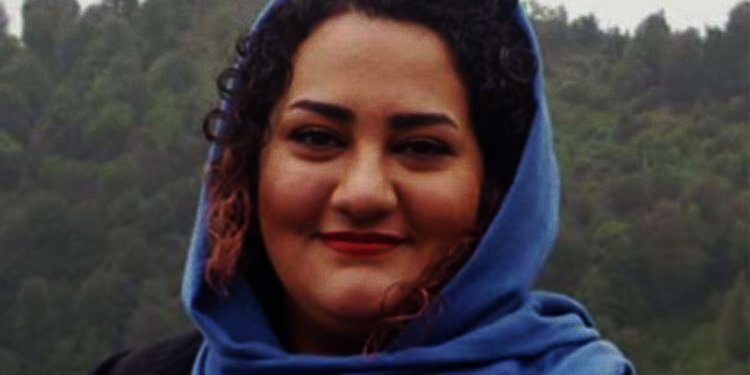 Jailed civil rights activist Atena Daemi was sentenced to an additional two years of prison despite being set to be released in less than a year.

Atena Daemi has been jailed since 2016 on charges of “assembly and collusion against national security” and “spreading propaganda against the state” and was sentenced to overall five years in prison.

She received the additional two years for “disrupting prison order” and “insulting the founder and leader of the Islamic Republic” while in prison. The sentence was confirmed without being heard in a court of review.

In a tweet on October 8, her father Hossein Daemi confirmed the additional two year prison term.

“My daughter Atena has spent many years of her life and youth in prison and now that she was to be released in less than a year, she was one again sentenced to two years and one month of prison,” he tweeted.

“Trials are non-standard, quick and without careful scrutiny, and as a result this amount of judicial power is used to consolidate power through repression and punishment rather than to protect the people,” she wrote.

Iran’s population “does not have a platform from which to express its demands”, she wrote adding that protesters were met with “widespread arrests and hefty prison terms”.

“The pressures and problems that people face in their daily lives are censored and distorted by the government,” Atena Daemi wrote in her letter from Evin Prison.

She said the government tried to show as if everything was okay and wrote that “Iran had turned into a secure prison”.

“It is secure because the regime can easily suppress and torture the people” without any intervention, she said.

“The secret executions of ethnic and religious minorities are not officially announced in any (state-run) media and this leads to an increase in anger by these minorities which will eventually materialize in various ways,” she wrote.

“The people are rightfully furious”, due to the economic pressures brought on by the regime and the “destruction of culture and humanity”, she wrote.

Atena Daemi called on Iranians to use their anger as “collective power” to unite and finally “uproot all kinds of violence”.

“I care about human rights and the future of my dear people. The only reason I’m in prison is because I’m against execution and retribution and violence and because I stand for human rights,” the civil rights activist wrote.

She ended her letter with this sentence:

“Whenever I lose hope… I tell myself that maybe, this the pain of giving birth to what we have been waiting for”.

Why Iran’s economy is collapsing