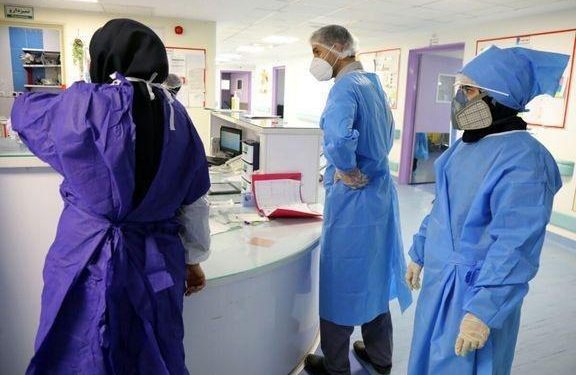 A health official said COVID-19 infections had a 100% spike in northern Iran while an Iranian MP said that many people could not afford masks.

“Currently the cities of Rasht, Lahijan, Talesh, Langarud, Astara, and Rudsar are in the red zone and COVID-19 infections in these regions are high,” he added in comments carried by the IRGC affiliated Tasnim News Agency.

The regime color coded the country into red, yellow, and white zones in April, with red meaning that the region was experiencing an alarming number of infections.

This is while Iranian lawmaker Ahmad Moradi said yesterday that some impoverished Iranians could not afford masks and other sanitary items.

“The government has a responsibility to allow public access to sanitary items with suitable prices,” he told ISNA state-run News Agency yesterday.

A health official in the southwestern city of Dezful said that 12,000 people had been infected with the virus in cities that were under the jurisdiction of the Dezful Medical Sciences University.

“So far 12,000 people in Dezful, Shush and Gotvand have been infected with COVID-19,” the head of the Dezful Medical Sciences University said on August 14.

Iran’s Ministry of Health put the number of deaths from the virus at 19,639 today although regime insiders and health officials question these figures.

The National Council of Resistance of Iran (NCRI), an opposition group that accuses the regime of intentionally covering up the death toll said last night that at least 89,000 people had died from the virus in 383 cities across the country.

Last week, a member of Iran’s Coronavirus task force said the regime was downplaying virus fatalities for political and security reasons. Dr. Mohammad-Reza Mahboubfar, a viral epidemiologist said that the “figures announced by the Ministry of Health were just 1/20th of the real figures”.